The Last Match: The Tag Teams of Arn Anderson

In this post we look The Last Match of The Tag Teams of Arn Anderson beginning with becoming and Anderson as a member of the Minnesota Wrecking Crew and concluding with his last Tag Team Championship reign with Paul Roma. 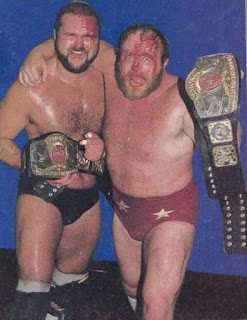 Ole Anderson
Billed as his nephew Arn took Gene's place as Ole's partner in The Minnesota Wrecking Crew.  The duo captured the NWA National Tag Team Championships and with Ric Flair and Tully Blanchard formed the Four Horseman.  The team broke up when Anderson was kicked out of the Horsemen.  The started teaming again in December 1989 when Arn returned to WCW after his run in the WWE and they would team again for a couple months before Ole retired. 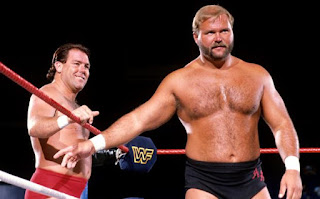 Tully Blanchard
As memebers of the Four Horsemen they began teaming after Arn's partnership with Ole ended when he was kicked out of the group.  The duo left WCW together joining the WWE where they took on Bobby "The Brain" Heenan as their manager.  Together they won two NWA World Tag Team Championships and one WWE World Tag Team Championships.  The team came to an end when they left the WWE and Anderson resigned with WCW. 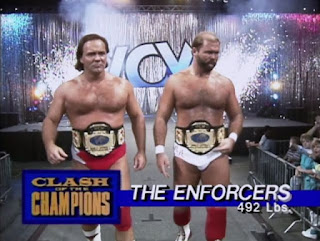 "Living Legend" Larry Zbyszko
The veteran duo dubbed themselves The Enforcers and dominated the tag team division winning WCW World Tag Team Championships.  Their partnership was short lived but the made an lasting impact. 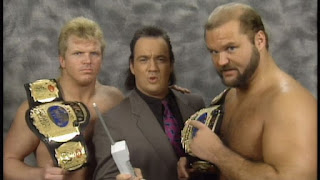 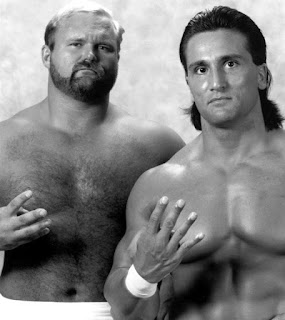 Paul Roma
Roma joined the Horsemen at a time when other thought Tully Blanchard would be returning to the group.  His first match in almost two years teaming with Anderson.  Their team was short lived, as was this version of The Horsemen.

Later Readers!
Posted by Michael J. Labbe at 6:11 AM