The Last Match: Wrestlers that Died in 2019 Part 1 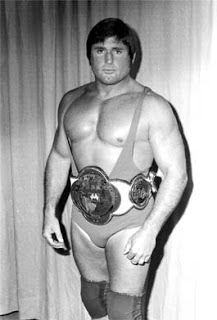 Last Match Canadian National Wrestling Alliance Calgary, Alberta, Canada
Les Thornton & Bob Brown defeated Makhan Singh & Ron RitchieBorn in Manchester, England he began his wrestling career in 1957.  He is a former five time NWA World Junior Heavyweight Champion.  He wrestled and held numerous championships across Great Britain, Canada, and the United States.  Thornton was wrestling for Georgia Championship Wrestling when the WWF bought GCW out.  As a result he joined the WWF, where he was treated as enhancement talent for the last couple years of his career.  He was the tag team partner of Mick Foley, wrestling as Jack Foley in his WWF debut against The British Bulldogs. 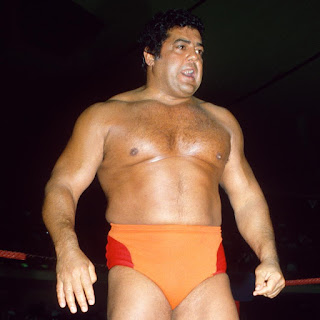 July 17, 1987 WWF Long Island, New York
"Mr. Wonderful" Paul Orndorff defeated Pedro Morales
From Culebra, Puerto Rico Morales debuted in 1959 at the age of 17.  He would wrestle in several territories before joining the then WWWF in 1970.  On February 8, 1971 he defeated Ivan Koloff to win the WWWF World Championships enjoying a near 3 year run holding it for 1,027 days.  He traveled to NWA San Francisco, the AWA, Championship Wrestling from Florida, & New Japan before returning to the now WWF in 1980.  He and then WWF Champion Bob Backlund defeated the Wild Samoans for the WWF Tag Team Championships on August 9, 1980 but were forced to relinquish the championships as Backlund was World Champion.Pedro would go onto capture the Intercontinental Championship two times, December 8, 1980 - June 20, 1981 & November 23, 1981 - January 22, 1983.  Making him one of the greatest WWE Champions of all time.  After leaving the ring he did Spanish Language commentary for the WWE and later WCW.  He was inducted into the WWF Hall of Fame in 1995. 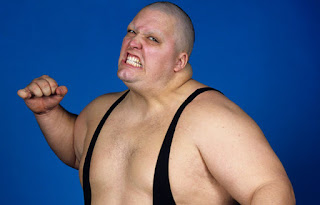 King Kong Bundy 61, November 7, 1957 - March 4, 2019
Last Match
May 12, 2007 Big Time Wrestling Springfield, Massachusetts
King Kong Bundy defeated Richard Byrne  Christopher Pallies debuted in 1981 after training with Larry Sharpe at the Monster Factory.  He is perhaps best known for headlining WrestleMania 2 wrestling Hulk Hogan in a Steel Cage for the WWE Championship.  He wrestled in various territories through-out his career capturing many regional championships.  He returned to the WWE for a year in 1994 - 95 joining the Million Dollar Corporation.  He was very successful in the independent scene from 1995 - 2007.  He appeared on the television shows Married With Children and Boy Meets World.I saw Bundy wrestle live six times from 1998 to 2007 on the independents.  My interactions with him were all positive, he was a really nice guy and was very approachable.  I was even at his second to last match in April 2007 for BTW in Framingham, Massachusetts 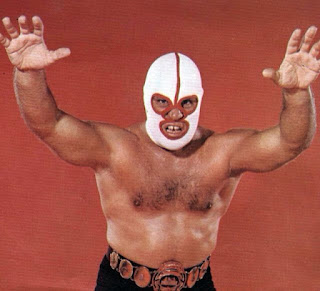 Dick Beyer debuted December 29, 1954.  He began his career in WWA in California winning their World Championship three times.  While wrestling in WWA as The Destroyer he wrestled in the AWA as Dr. X where he also held their World Championship.  As popular as The Destroyer was it can be said that his arrival in Japan in 1973 is when it career exploded.  He spent six straight years in Japan even hosting his own late night television show.He wrestled is final match in 1993 in Japan teaming with is son Kurt and Giant Baba.  After his retirement Beyer open The Destroyer Golf Park and ran several charitable events.  In 2017 he was in Japan he was awarded the Order of the Rising Sun. 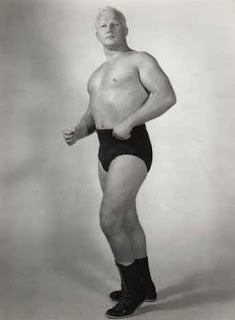 Last Match
July 16, 1988 World Wrestling Alliance Kansas City, Kansas
Solomon Grundy defeated The Red DestroyerDebuting in 1960 after being a Golden Gloves boxer Kirby traveled the territories doing well in Georgia, Florida, Oregon, Minnesota, and Kansas City.  On May 20, 1971 he defeated Danny Hodge to capture the NWA World Junior Heavyweight Championship.  In Central States Wrestling Kirby cleaned winning all of their championships including their heavyweight title five times.Kriby wound his career down in the WWE wrestling his last match in 1986.  He stated that he wanted to be remembered as a top wrestler and not climb back down the ladder in the WWF.