Pedro Morales: One The Greatest Champions in WWE History 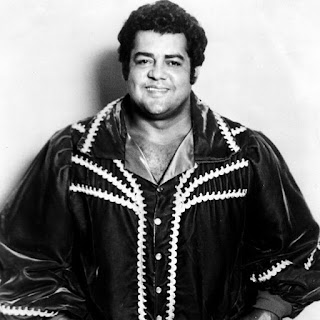 Pedro Morales is one of the greatest champions in the history of the WWE and I'm going to tell you why.  I didn't always think so when I was a kid whenever Pedro was on TV I remember him losing or getting wins over jobbers who I called bums.  I would hear the commentators state that he was a former champion, but I just didn't see it.  Now looking back and seeing his old matches I see it and you should too.

Born in 1942 be debuted at the age of 17 in 1959 in New York after training with Barba Roja.  Although primarily known by me for being in the now WWE he has stints all over the United States and in Japan.

On January 24, 1963 the Capitol Wrestling Corporation officially became the WWWF holding their first ever television taping in Bridgeport, Connecticut on January 29th.  Morales made his WWE debut at that taping teaming with Dory Dixon and defeated Johnny Barend & The Magnificent Maurice.   He stayed with the WWE for two years then moved onto the WWA.

On February 8, 1971 at Madison Square Garden Morales defeated Ivan Koloff for the WWWF World Heavyweight Championship ending the Russian Bears three week reign as champion. He would go onto hold the championship for 1,027 days dropping it to Stan "The Man" Stasiak in Philadelphia, Pennsylvania on December 1, 1973. 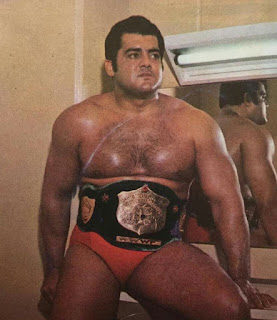 As champion he headlined Madison Square Garden 30 times defending his title against the likes of Larry Hennig, BlackJack Mulligan, Freddie Blassie, Ray Stevens, and George "The Animal" Steele just to name a few.  On September 30, 1972 Morales defended the Championship against Bruno Sammartino in front of more than 22,000 fans at Shea Stadium wrestling to a 75 minute time limit draw. 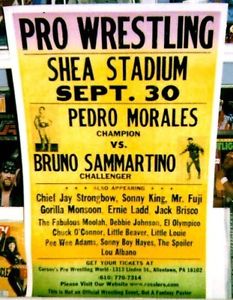 Morales left the WWE in 1975 returning in 1980.  On August 9, 1980 he and then WWE Champion Bob Backlund defeated the Wild Samoans in two straight falls to win the World Tag Team Championships.  They were stripped of the titles the next day because of Backlund being the WWE Champion. 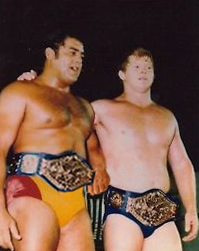 On December 8, 1980 he defeated Ken Patera at Madison Square Garden to capture the Intercontinental Heavyweight Championship becoming the first ever Triple Crown Champion.  He would hold the championship for 194 daus dropping it to Don Muraco in Philadelphia on June 20, 1981, but would regain it from Muraco on November 23rd at MSG. 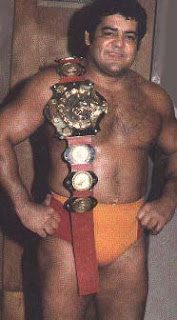 His second reign would last over a year until January 22, 1983 when Muraco defeated him again at the Garden ending Morales 425 day run.

Morales is the first ever Triple Crown Champion

He is one of only two people to ever hold the World and Intercontinental Championships for over a year on single reign, the other is "Macho Man" Randy Savage.

As Intercontinental Champion he held the title twice for a combined 619 days, the longest reigning champion of all time.  His second reign at 425 days is the second longest single reign behind the Honky Tonk Man. 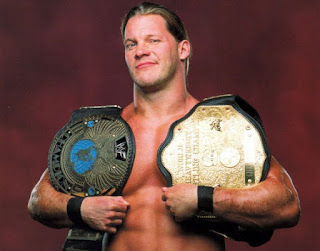 In total Jericho had 26 championship reigns whereas Morales only had four.  However, Morales' four reigns lasted for 1,647 days and Jericho's twenty six lasted 1,059 days.  I firmly believe that this proves that Pedro Morales, without question, is one of the greatest champions in the history of the WWE.

Later Readers!
Posted by Michael J. Labbe at 5:19 AM