Wrestling with the Pandemic

The Corona Virus Pandemic has spread across the world essentially bringing it to it's knees.  With events greater than ten people being banned live entertainment has come to a screeching halt.  College sports, professional sports, concerts, plays, theaters, everything has stopped.

Professional wrestling thrives on being performed in front of an audience because the wrestlers feed off the audience's reaction. March 11, 2020 was the last day that both WWE & AEW presented their last shows in front of an audience.  AEW emanated from West Valley City, Utah for Dynamite while NXT was live from Full Sail University.

Since then both companies have continued to present shows featuring matches with no crowds.  For my money AEW has done a better job with their shows, for the most part, than WWE has done with their multiple shows.  WWE even presented a taped WrestleMania which I was much better than I thought it would be.  WWE have been taping their shows in Orlando area while AEW taped shows first in Jacksonville, Florida before moving tapings to Norcross, Georgia. 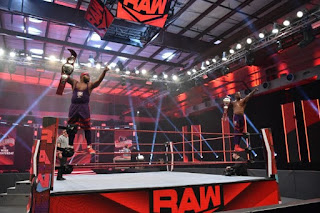 It should be noted that neither company is using their full talent rosters due to travel, health risks, and quarantine situations.

WWE has even already taped the Money in the Bank PPV matches at Titan Towers in Stamford where the wrestlers started on the ground floor and fought to the roof where the briefcase was hanging.  I'm actually interested in watching this.

In Mexico CMLL the longest continuously operating wrestling promotion in the world hasn't had a show since March 13th in Mexico City while their biggest competitor Lucha Libre AAA ran their first show since March 15th with no crowd on April 18th.  The oddest part of this show is that it featured seven one on one matches.  Most cards in Mexico feature several tag and trios matches with very few singles matches, much less and entire card of them. 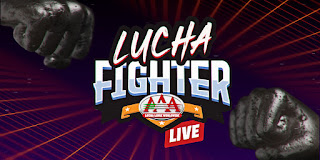 Independent wrestlers has been hurt the most, most companies haven't run a show in over a month which means a month of not working.  Limitless Wrestling, my local promotion, at the end of March after having to cancel their March show ran a taping at the Limitless Dojo.  From what I understand they taped 31 matches to air weekly in IWTV, a limited series show call Pandemic at the Dojo.  Four episodes have aired to date and they are well worth you time to watch them. 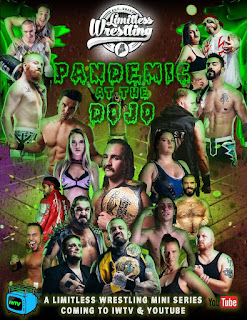 I don't know when this is all going to be over and when we are going to be able to get back to going to wrestling shows.  At this point I'm thinking we would be lucky if we could be able to attend a show in June.  Limitless has already had to cancel two shows, most likely their May show as well.  Mikey and I had tickets to the AEW show in Boston scheduled for April 15th and that has been postponed to August 5th.

The only thing I know for sure is at that first Limitless show back, after the fans lose their mind for Rich Palladino coming to the ring, the first wrestler introduced is going to get the biggest pop they've ever heard as we all can't wait to get back to the matches.

Until next time!
Posted by Michael J. Labbe at 3:59 PM