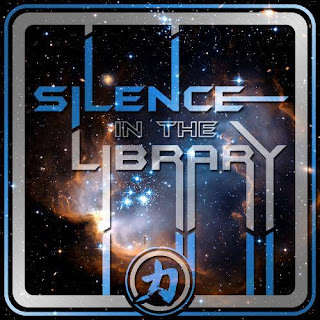 Here is my review of Chikara's Silence in the Library on November 17, 2017 in Kennebunk, Maine.

Match 1: Oleg the Usurper defeated Hermit Crab
This match just didn't do it for me. The crowd was into Oleg though.
4/10


Match 2: Dez Pelton: Jasper Tippins & Donald Kluger defeated The Rumblebees: Solo Darling & Travis Huckabee
Not really much of a match. A good portion of it was Dez Pelton yelling Bikes, and The Rumblebees would respond with Bees. Solo Darling was pinned after a distraction from one of the Los Ice Creams, when the brought out a stack of pizzas and Huckabee was thrown into them. On a side note, Dez Pelton had Bryce Remsburg put on a bicycle helm and he wore it the entire match. It was pretty comical.
3.5/10

Ringside: Officer Magnum and a lady come out an put caution tape around the pizzas on the floor

Match 3: Rory Gulak defeated Icarus
Solid match here with a bunch of mat wrestling. I was surprised to see Icarus be able to keep up with Gulak on the mat. The end was bad. Gulak did a terrible reversal of a Sliced Bread #2 into a Dragon Sleeper for the win.
6.5/10

Match 4: Jeremy Leary and The Osirian Portal: Ophidian & Amasis defeated The Maine State Posse: Danger Kid, Aidan Aggro & Alexander Lee
Good match, a throw back to the old school Chikara trios matches. Lots of high flying moves. Lee took a Spanish Fly off the ring apron the was brutal. In the end Danger Kid was pinned by Leary after The Osirian Portal took out Aggro and Lee with suicide dives.
7.75/10

Match 5: Mr. Touchdown defeated Missile Assault Man
Decent match but I found my attention straying from the ring. They battled on the outside and there was a sick upper cut spot that needs to be seen. It was pretty sick.
6.5/10

Match 6: Xyberhawx 2000: Sylverhawk & Razerhawk defeated Sonny Defarge & Cornelius Crummles
Great match that was worthy of being the main event. Both teams were impressive. Defarge and Crummles do a great job of getting heat and playing old school heals. Defarge is awesome with his sick power moves. In the end Xyberhawx got the win after a stacked splash.
8.25/10

This show scored a 36.5 out of 70 for an overall score of 52.14%. This was a decent show with their show back on March 4th being slightly better. MSP had a great debut match and the main event was a great tag match.