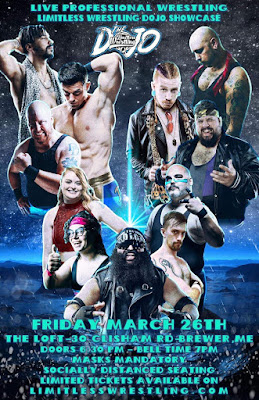 Mikey, Canaan, and I headed to Brewer for a night of the rasslins at Ronco's for the second Limitless Dojo Student Showcase!
We had dinner at Chick-Fil-A, because it's awesome!  We then hit up Wal-Mart and Target so Mikey could look for figures to add to his collection and he picked up a couple.
There was a bigger crowd at this show because state covid regulations changed allowing for greater inside capacity. 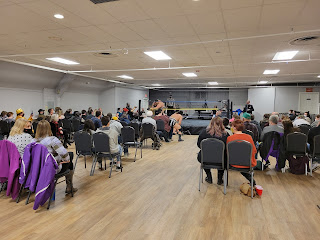 We were treated to eight matches and a show that ran just over two hours including the intermission.
Let's get to the matches!
Aiden Aggro pinned "Dweller of the Depths" Dylan Nix 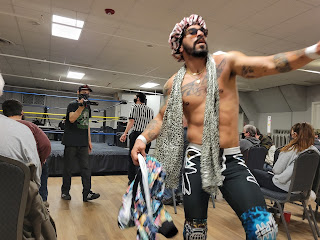 Great opening match with Aggro and Nix both looking good in the ring, Aggro got the pin reversing the taz-mission into a pin
"Belfast Bulldog" Dave Dyer pinned Frank Jaeger 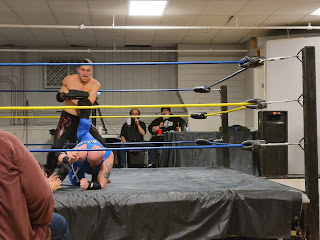 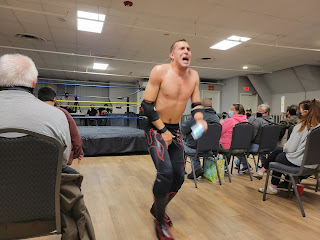 BA Tatum pinned Kirby Wackerman
This match had a lot of comedy which I have never seen in a Tatum match.  He pinned Wackerman after a rock bottom
Triple Threat: Ace Romero defeated "Iron" Rip Byson & "The Prize" Alec Price 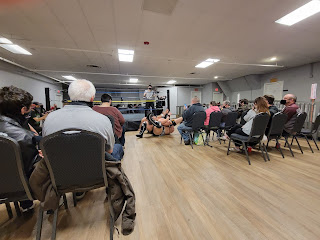 This match was advertised as a one on one match between Byson and Price, Randy Carver added Ace to the match much to the delight of the crowd.  Honestly it was a big pop when Ace's music hit.  There was a lot of fighting on the floor and Rip hit Price with a wicked Doctor Bomb.  Rip got his arm tied up in the ropes allowing Ace to hit Price with a package piledriver for the pin. 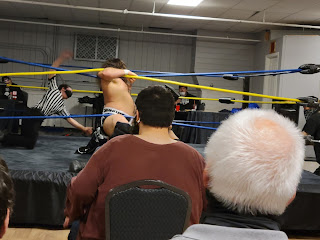 "Girl On Fire" Jessie Nolan pinned Big Juicy
This was Big Juicy's Maine debut and I thought she looked good in the match.  Nolan got the pin with an axe kick that didn't look great. 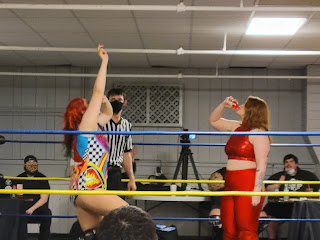 Eric Johnson pinned Konnor Hex with a sidewalk slam
Alexander Lee submitted "Big Cat" Tyler Addams
This was Big Cat's pro debut and he had a lot of family there cheering him on.  I was, actually, very impressed with Big Cat considering this was his first match.  Lee dominated the match and guided Big Cat along the way.  Cat submitted to Lee's arm lock. 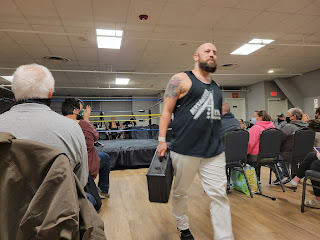 "Main Attraction" Mac Daniels pinned DangerKid
Very, very good match up! Daniels hit a superb shoulder breaker at one point that popped me.  Yes I enjoy when the something is rarely used and when used done very well.  Mac got the pin with a roll up and a handful of tights.
After the match Aggro came out and they challenged Mac to a tag match at the next show, if he could find a partner.
Thanks for reading, please leave a comment, read my other posts, and like my blogs Facebook page, check out my weekly podcast The Wrestling Insomniac on the Nerdy Legion Podcast Network and while your at it pick up my book over at Amazon in Kindle or Paperback.
Until next time!!
Posted by Michael J. Labbe at 7:07 PM