The WWF Invades the Omni 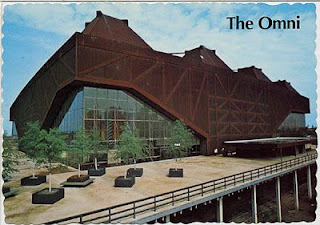 Back in the 1980's when the then WWF broke the territory rules and started expanding they went right to the strong holds of all their opposition.  It began in December 1983 when the WWF took over the high rated Wrestling At the Chase program from the Chase Park Plaza Hotel in St. Louis, Missouri.  Sam Mushnick's St. Louis Wrestling Club had been the heart of the NWA: National Wrestling Alliance, running the Chase Hotel from 1959 until the McMahon takeover.

However to many the WWF's real blow in the soul of the Southern Wrestling traditionalist was when the WWF promoted a show at the Omni in Atlanta.  If you ask Arn Anderson to him the greatest wrestling venue in the world was not Madison Square Garden in New York City, but the Omni in Atlanta, Georgia.  That is where he grew up watching wrestling and that's where all the biggest matches took place.

On August 25, 1984 in front of over 9,000 fans the WWF made their debut at the venue just four days after an NWA card was held at the arena.  The main event that night featured WWF World Champion: Hulk Hogan defeated "Dr. D" David Schultz. 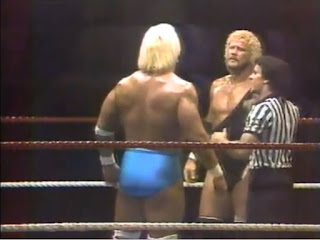 The WWF would return in October and November and even ran the venue on Christmas Night.  They ran regularly in the first half of 1985 but didn't return to the venue for 2.5 years until October 1987.  The venue remained an NWA strong hold with Jim Crockett promotions and later World Championship Wrestling.  The venue hosted such super cards as The Last Battle of Atlanta, Starrcade 1985 & Starrcade 1986, the Mid Atlantic Championship Wrestling Superstars on the Superstation, Great American Bash tour stops, WCW Television tapings, Starrcade 1989, Starrcade 1992, Slamboree 1993 and WCW Monday Nitro. 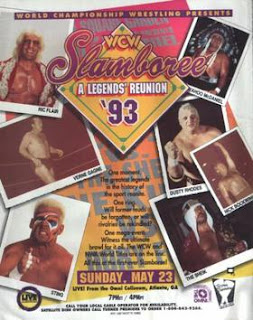 WWF ran their last show in 1992 and WCW ran the last wrestling event in the venue, a Monday Nitro on March 3, 1997.   The building was torn down and replaced by what is now called the State Farm Arena.  WCW ran Nitro here, WWE would running many PPV events at the State Farm Arena including Backlash 2007 and Royal Rumble 2010.  The NWA held their 60th Anniversary event at the arena on June 6, 2008 which was main evented by The Rock n' Roll Express defeating the Midnight Express. 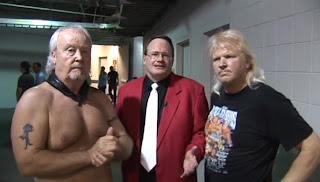 The most recent wrestling event at the venue was on February 19, 2020 when AEW: All Elite Wrestling held Dynamite with Cody Rhodes defeated Wardlow in AEW's first Steel Cage match. 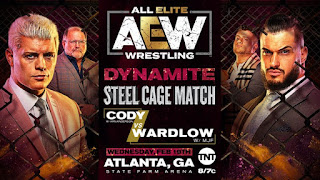