It occurred to me tonight that wrestling I watched in my teens and early 20's is now considered old wrestling as it's 20 plus years old.  Thankfully though a tremendous amount of it is available on the WWE Network.  As I type this I just finished watching Jerry Lynn defeat Steve Corino from ECW Heatwave 2000, you know the match where Lynn writes "DIE" in Corino's blood on his stomach.  The match is excellent, but the only downside is all the music changes on the shows. 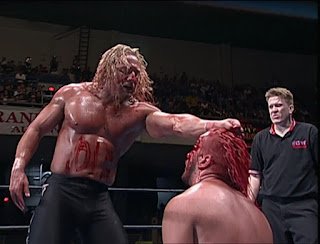 My son and others that never saw this wrestling will never know the difference, but not hearing Tommy Dreamer come out to "Man in the Box" or Sandman come out to "Enter Sandman" really sucks.  I know ECW used music they didn't have license rights too, and WWE does have the rights music performed by Harry Slash and the Slashtones, Taz, Sabu, & Mike Awesome so that's good.

The WWE has had to change the music for other promotions as well, opening themes to televisions show, The Midnight Express theme, Road Warriors, and lot of WCW themes as well.  Hell they have had to change some of their own music as well.

The first several episodes of Saturday Nights Main Event used "Obsession" by Animotion for their theme music before composing their own.  I will agree that their own music is excellent, but I remember how cool the music videos were with Obsession.

The other one that drives me up the wall was is the opening to Coliseum home video.  To me that music was iconic and I looked forward to watching it every time I rented a tape and when I bought them.  It was pure nostalgic bliss.  Then when they put some up on the WWE Network I couldn't wait to hear it again and to my disgust I discovered them changed it. 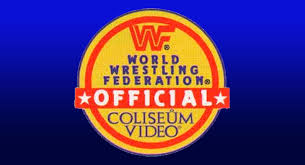 They don't play Hillbilly Jim's "Don't Go Messing With A Country Boy" they even have changed out Roddy Pipers original bag pipe music for the only he used later in his career.  However, they edited in music other places like for Ricky "The Dragon" Steamboat at WrestleMania III.