In March 1990, while he was in World Championship Wrestling, The Undertaker had a three week tour on New Japan Pro Wrestling wrestling 14 matches between March 2nd and March 23rd under the name of "Punisher" Dice Morgan.

His debut match for New Japan was on March 2nd at Korakuen Hall teaming with Bam Bam Bigelow  defeating Masa Saito & Shinya Hashimoto.  He only wrestled in one singles match on the tour otherwise it was in tag team and multi-man matches.  With Scott Hall he even challenged for the IWGP Heavyweight Tag Team Championships. 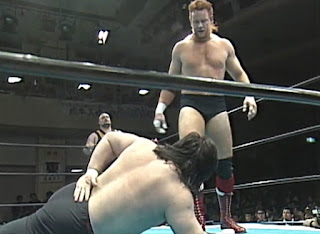 This match is the only match they have on New Japan World.  Dice Morgan pins Masa Saito for the win after and elbow drop off the top rope. 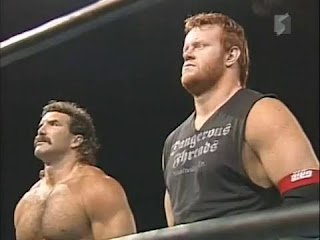 It wasn't a very successful run in terms of wins and losses winning only three of the matches on the tour.  I couldn't find any of these matches on YouTube.