Survivor Series & 30 Years of the Undertaker

This Sunday, November 22, 2020, not only marks the 34th annual Survivor Series but the 30th Anniversary of The Undertaker.  Mark Calaway began his wrestling career in 1987 after training with "Mad Dog" Buzz Sawyer.  Debuting under a mask as Texas Red and wrestled his first match against Bruiser Brody for World Class Championship Wrestling.  Ironically Percy Pringle III, who would go on to be Paul Bearer, managed Texas Red that night in his debut match. 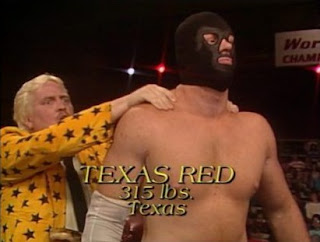 Calaway would travel to CWA, which later became the USWA, wrestling under several names including the Punisher and The Master of Pain.  In 1989 he would sign World Championship Wrestling as "Mean" Mark Callous and was paired with Dan Spivey as the Skyscrapers.  The team didn't last and Taker found himself with Paul E. Dangerously as his manager.  While in WCW he would wrestle in New Japan as "Punisher" Dice Morgan.

He would leave WCW in September 1990 wrestling a couple matches in the USWA before making his debut in the WWE at the Survivor Series, November 22, 1990 the Civic Center in Hartford, Connecticut. 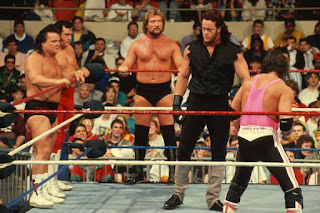 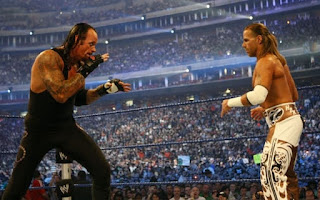 In the end his Mania record stands at 25-2 with his final match against AJ Styles at WrestleMania XXXIV being a cinematic Boneyard Match.  In the Last Ride Taker stated that his match with Styles is his last and he his retired from the ring.  But is he really?

According to Sports Betting Dime, In a recent interview with Yahoo!, Undertaker used the phrase "never say never" when asked about his recent retirement.  Already 55 years old, it's possible he really has stepped in the ring for the last time.  But former greats like Ric Flair and Sting were active even later in life.  At least one more in-ring appearance seems more likely than not at this point. 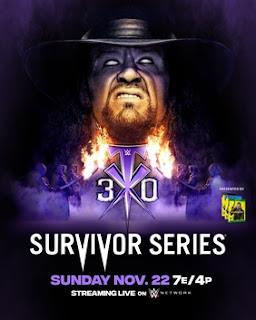 Dubbed as The Undertaker's Final Farewell the 2020 Survivor Series will emanate from the WWE Thunderdome  at the Amway Arena in Orlando, Florida currently featuring six advertised matches with two of them being traditional five on five Survivor Series matches.  The remaining four matches being Raw Champions vs. Smackdown Champions.

I really wish the WWE would return the Survivor Series to an entire card of traditional Survivor Series matches.  That's what made the event unique and original when it debuted with the catchphrase Teams of Five Strive to Survive!  They should make Clash of Champions a card of Raw Champions vs. Smackdown Champions.

Here is the card:

Here is who I want to see win, Zayn, New Day, Asuka, McIntyre, who do I think is most likely going to win, Lashley, Banks, New Day, Reigns.  I'm indifferent about both Survivor Series Matches, I'd like to see AJ go over in the men's but would be happy with Kevin Owens.  On the Women's side I need to know who the final two competitors on Team Smackdown is to make my decision. Either way I will be tuning in the Sunday!

Email ThisBlogThis!Share to TwitterShare to FacebookShare to Pinterest
Labels: survivor series, The Undertaker