This blog looks at more through the mail trading card signatures 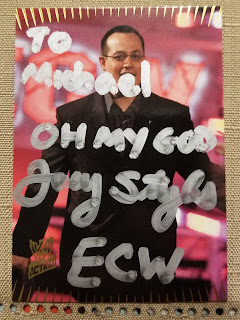 This card is from the 2007 Topps WWE Action line.  I wanted this card to get signed by Joey because in the background it has the big ECW logo.  I think it's hilarious that he covered the entire card and I love it! 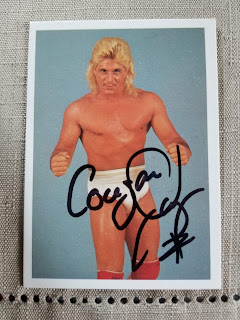 This card is from the NWA Wonderama set released in 1988 in conjunction with Jim Crockett Promotions.  These are my favorite wrestling cards to get signed.  Cougar Jay aka Dion Moore, began wrestling in 1986 after being trained by Gene Anderson.  He wrestled for several promotions and his last run was as a tag team with R-Truth called Rock-n-Rapp 2000.  He left wrestling in 1999 and currently runs his own Ghost Tours company in St. Augustine, Florida.  He can read more about him on his website here: Dion Moore Ghost Tours 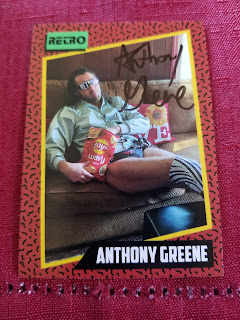 This card was released by AG himself, limited to 100 cards it reflects his WrestleMaina 2020 weekend.  This card is done in the same style has his first two sets of self released cards. 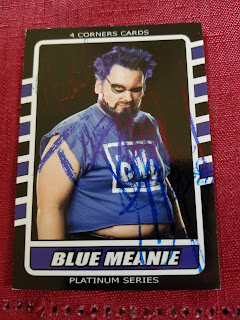 Until next time!
Posted by Michael J. Labbe at 9:00 AM