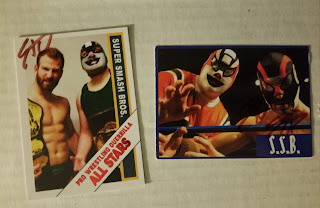 Sadly Evil Uno didn't not come out to sign at the show.  The card on the left is from the 2018 PWG Battle of Los Angeles set and the card on the right was released by Chikara from 2006 - 2010. 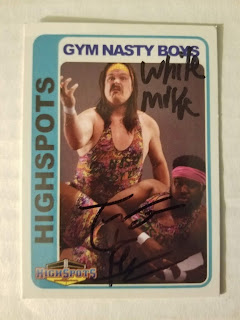 White Mike and Timmy Lou Retton, this card was released in 2019 and is part of the High Spots set that gets released in the monthly subscription box service that they provide.  I bought this card direct from the Gym Nasty's. 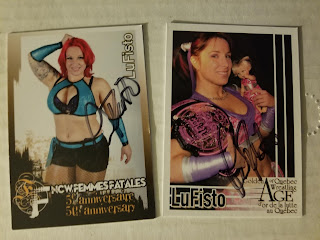 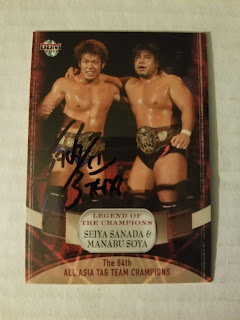 This cared was released in Japan by Baseball Magazine better known as BBM in 2011 as part of the Legends of the Champions card set.  This card featured Sanada and his tag team partner Manabu Soya as the 84th All Asia Tag Team Champions.  They held the titles from August 29, 2010 to March 21, 2011.

Until next time!
Posted by Michael J. Labbe at 8:18 PM