As we all know Hulk Hogan is one of the biggest stars in all of professional wrestling and significant runs in several major promotions.  This post will look at the last matches that Hulk Hogan had in those promotions. 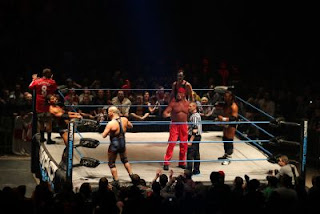 Hogans final five matches were for the Dixie Carter run TNA between 2010 and 2012.  His only singles match in the promotion came at Bound For Glory 2011 in a loss to Sting.  His total time in the promotion as 4 years where he served mostly as an on air authority figure.

He was supposed to have a feud with Jeff Jarret in 2003 that was set up after his match with Chono in 2003 for NJPW when Jarrett attacked Hogan with a guitar.  However due to injuries the match never happened.  This would have been Hogan's first match for the NWA Championship since October 1983 when he wrestled Harley Race to a double count-out.

Hogan first debuted in the then WWF on December 17, 1979 defeating Ted Dibiase at Madison Square Garden.  He would be a constant to the promotion until April 1981 where he went to the AWA.  He return in December 1983 where Hulkamania ran wild for a decade.  After the demise of WCW Hogan would have to short runs in the WWE as an in ring competitor and now works in an ambassador role. 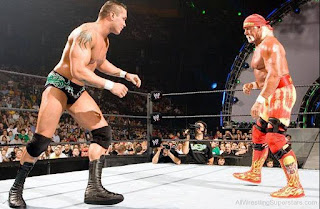 I was actually at this match in Boston, compiling this blog is when I realized that I was there live for Hulk Hogan's last match in the WWE.

Hogan debuted in NJPW in May 1980 in the 3rd Madison Square Garden Series.  Over the next five years he had multiple tours each year even after winning the WWF Championship.   He returned for a few matches in 1993 and the January 4th Dome show in 1994, and then his final match in 2003. 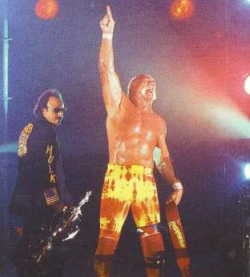 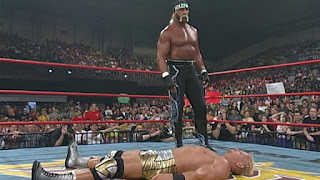 Hogan's six year run with WCW began and ended at the Bash at the Beach pay-per-view in Florida winning the WCW World Championship both times.  The first, July 17, 1994 in Orlando he pinned "Nature Boy" Ric Flair and the last in controversial fashion pinning Jeff Jarrett.


Hogan debuted in August 1981 after being fired from the WWF for appearing in Rocky III.  He started out as a heel but soon became a fan favorite and we got our first glimpses of Hulkamania.  He had several title matches against Nick Bockwinkel but the matches usually ended with Hogan winning by DQ or being awarded the title only to have the decision changed to a DQ leaving Bockwinkel as champion. 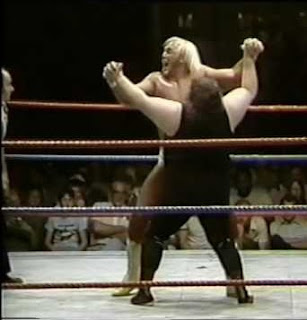 When Dale Gagne tried to claim the AWA and it's lineage he recognized Hulk Hogan as being a former AWA World Champion.  However the WWE lawsuit in 2007 - 2008 ended Gagne's claim and Hogan is not officially recognize as a former champion.

His final night with the promotion he competed in two matches.

Hogan wrestled for numerous NWA promotions including Championship Wrestling from Florida and Georgia Championship wrestling, however this match in St. Louis was his last match on a NWA affiliate sanctioned show.

All images I found online using a google search.

Until next time!
Posted by Michael J. Labbe at 6:26 AM