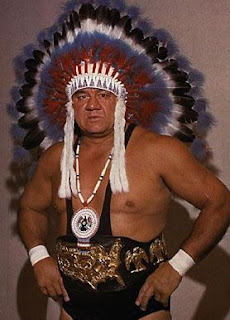 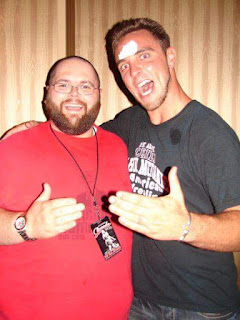 At NWA Legends Fanfest in 2009 I met his son Zac McDaniel who is also a wrestler.  This weekend he accepted his fathers induction into the Hall of Heroes and wrestled Saturday night losing to Steve Corino in an Extreme Rules match.  Sunday he teamed with the Lumbee Warrior defeating Rhett Titus & "Man Scout" Jake Manning. 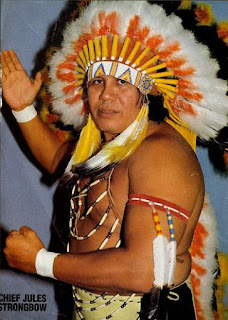 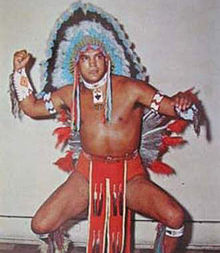 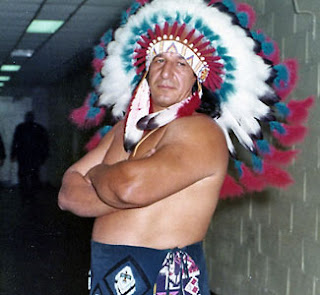 Born Luke Joseph Scarpa is of Italian decent began wrestling as Strongbow in 1970 for the WWWF until the end of his career.

Born Winona Barkley this second generation wrestler is the daughter of wrestler/booker "Dirty" Dick Barkley debuted in 1977 wrestling for the NWA & WWF before joining Championship Wrestling from Florida where she was abducted by Kevin Sullivan and became The Lock part of his Army of Darkness stable.  She started a tag team withe Luna Vachon adopting her appearance. 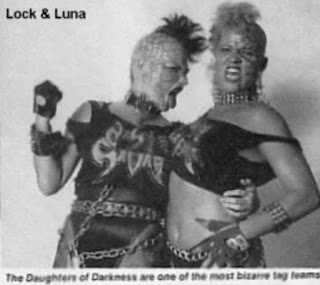 Later Readers!
Posted by Michael J. Labbe at 3:07 AM