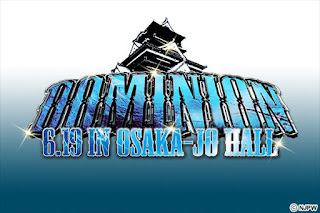 June 19th was not only Father's Day here in the states but a big day for Professional Wrestling with WWE presenting Money in the Bank and NJPW presenting Dominion 6.19 from Osaka jo-Hall.  And I must say after watching both cards New Japan but on a much better show from top to bottom. 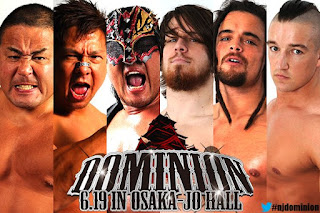 An excellent showing by Jay White who is leaving New Japan for an indefinite leave to Ring of Honor to gain experience.  I'm excited to see him this September, I hope he is on the card. 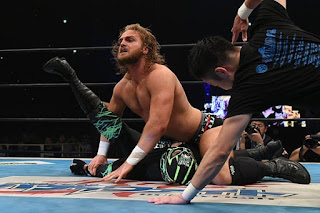 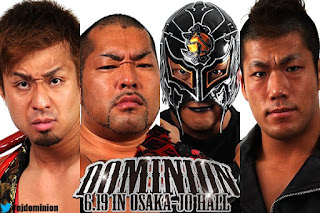 Solid match with both Ishii and Hashi applying submission holds to Bushi and Sanada for the tap out victory. 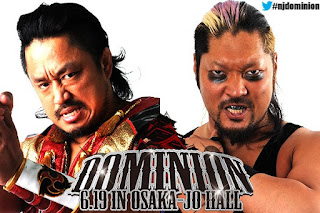 Goto's finish the GTR is so sick!  It's a downward lariat into a back breaker, devastating! 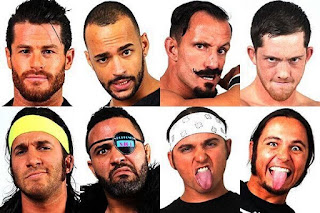 Elimination could occur by being thrown over the top rope and to the floor or a pinfall on one member would eliminate both.  Roppongi Vice & reDRagon where both thrown to the floor with reDRagon coming back in and attacking Sydal and Ricochet.  Finish came when they hit Sydal with the Meltzer Driver to become the 5 time Junior Heavyweight Tag Team Champions.  The most reigns of any single tag team. 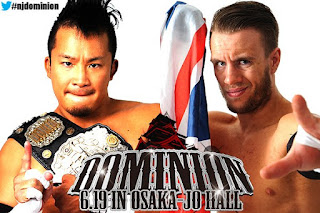 Kushida retained after a hard fought contest. I'm not a fan of Kuchida, he just doesn't impress me much in the ring.  Kushida worked the left arm all match getting the submission with his version of the kimura the hoverboard lock. 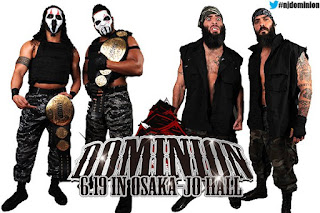 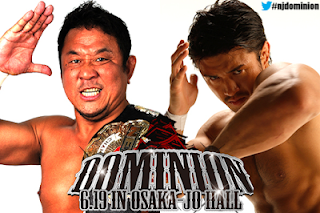 This was the best match of the night!  I'm talking both WWE and NJPW's shows.  People say strong style left when Shinsuke Nakamura departed NJPW, but Nagata & Shibata showed that it was alive and well!  The amount of punishment that 48 year old Nagata dished out and received was truly not believable!  Both of these men delivered a hellacious beating to one another with Nagata getting busted open in the mouth.  This topped the viciousness of Shibata vs. Ishii from WrestleKingdom 10. 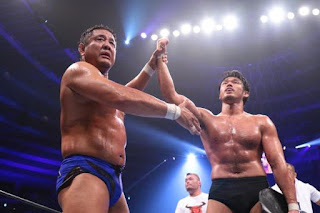 I will be watching this match a couple more times at least! 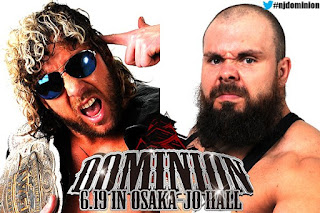 The first ever ladder match in NJPW's history.  No disrespect to Michael Elgin but I think the match would have had more significance if Tanahashi had been healthy or if another Japanese wrestler replaced him.  It was a great match, right at the beginning red shoes found the Young Bucks under the ring and sent them to the back giving them the suck it sign.  It didn't prevent them from returning to interfere later. 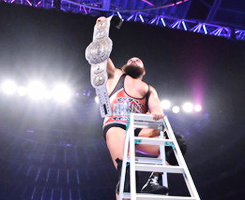 This was a very western style match with multiple ladder spots, a table spot, trash cans and other.  The finish was the Young Bucks handcuffed Elgin to the ring post, Hangman Page and Takahashi, Yoshitatsu, Captain New Japan, Ricochet, & Matt Sydal all interfered as well.  Omega was climbing to get the belt when Elgin broke free and tipped the ladder over sending Omega onto all those that had run in.  He then climbed to retrieve the gold.

Okada is so good in the ring, TNA really wasted his talent of both of these men when they went through the company.  match was decent, I've seen better from both but still a solid match.  That drop kick of Okada's is so good.