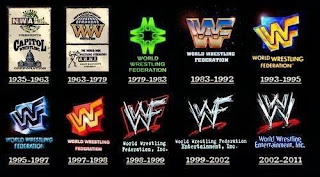 Over the years the WWWF, WWF, now WWE have had many televisions shows to bring their matches to the masses.  Once upon a time these shows were there to simply bring us to the house shows where the real matches were contested.  Now the television shows bring us the big matches each and every week.

In this edition of The Last Match I am bringing to you the final matches of top WWE wrestling shows for the 80's and 90's.  I thought of expanding more, but sadly most of those shows were just re-cap shows that featured maybe one exclusive jobber squash match, so I decided not to. 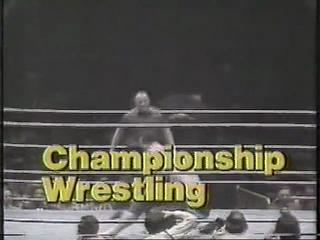 Championship Wrestling
The original flagship show of the WWWF and later WWF before being replaced by Superstars of Wrestling, taped at the Philadelphia Arena, then Allentown Agricultural Hall before ending its run at the Mid-Hudson Civic Center.  Ran 1972 – August 30, 1986 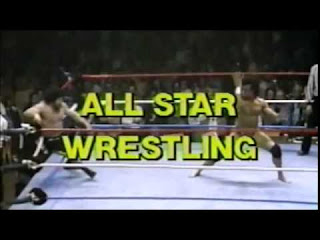 All-Star Wrestling
This was the B show of the WWWF and later WWF before being replaced by Wrestling Challenge, taped at the Hamburg Fieldhouse in Pennsylvania until mid-1984 before moving to various Ontario venues eventually settling in Brantford.  Ran 1972 – August 30, 1986

All American Wrestling
This was the first non-syndicated show for the WWF as it ran on the USA Network replacing Soutwest Championship Wrestling when it was cancelled.  Originally featured a multiple matches but by the end of its run featured just one match and the rest recapping other shows.  It was replaced by WWF Action Zone.  I cannot find the final match that was aired.  Ran September 4, 1983 – October 16, 1994 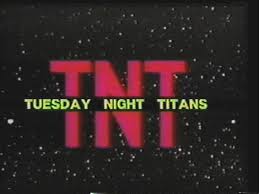 Tuesday Night Titans
A WWF variety show that aired on the USA Network in the format of a late night talk show and was hosted by Vince McMahon and Lord Alfred Hayes, “Mean” Gene Okerlund took over has host near the end of the run.  Each episode featured kayfabe interviews and skits like “Fuji Vice” and pre-taped matches.  Ran from May 29, 1984 – May 21, 1986 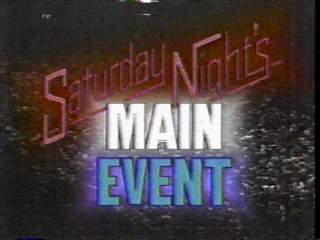 Saturday Night’s Main Event
Aired on NBC in place of re-runs of SNL.  I remember staying up late to watch this show and being amazed by it.  Every match was a star vs star instead of the jobber matches we got on the weekend morning shows.  I recently re-watched them what I didn’t realize before was that they ran long term storylines from one episode to another.  Ran original May 11, 1985 – November 14, 1992 revival March 16, 2006 – August 2, 2008. 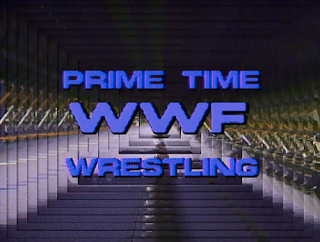 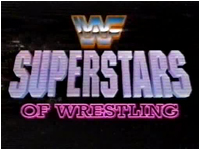 Superstars of Wrestling
For many years prior to the launch of Raw this was the flagship show for the WWF airing in syndication from its launch until late 1996 when it began airing on the USA Network in place of WWF Action Zone.  In early 1997 the format changed from airing exclusive matches to being a recap show airing segments from Raw.  Ran September 6, 1986 – 2001 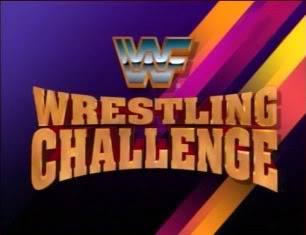 Wrestling Challenge
WWF’s B show debuting in 1986 in syndication.  We never got Wrestling Challenge in my area growing up it was always listed on WVII 7 out of Bangor, a channel we didn’t get.  I did however attend a Wrestling Challenge taping on August 15, 1995 in Portland, Maine and an interview by Dok Hendrix with Bret Hart was featured on that final episode. Ran September 7, 1986 - August 27, 1995

Shotgun Saturday Night
A syndicated show that started out being taped at New York City Night Clubs featuring an edgier product that the rest of their television shows.  The ring and a very small club right with all yellow ropes.  I remember watching this and thinking they were trying to compete with ECW while making it a unique experience.  Sadly this format only last a few weeks before the show started being taped the same night as Raw.  The show primarily became a recap show with squash matches sprinkled in.  Ran January 4, 1997 – August 21, 1999