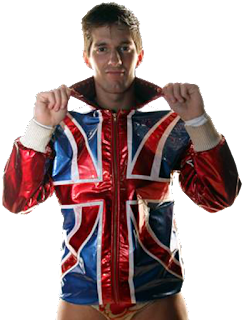 I’ve always taken a liking to the British style mat wrestling and those who have traveled over to the States demonstrating that style.  For me it started with William Regal and grew to include Fit Finlay, Dave Taylor, Doug Williams, and now Zack Sabre Jr.   Honestly he is one of my favorites to watch right now and he has had some unbelievable matches in Pro Wrestling Guerrilla.  All of these matches I watched on You Tube and I have also included some PWG highlight clips….Enjoy.

The match starts at the roughly the 12 minute mark as this is the entire episode and not just the match.  The first 12 minutes features a decent build towards the Summer Sizzler 2015 and a nice video package for High Stakes 2014.

This match is significant not just because of the men involved but because they were both current champions.   Sabre was 1/2 of the Pro Wrestling NOAH Junior Heavyweight Tag Team Champion and Nakamura was in his 3rd reign as the New Japan IWGP Intercontinental Champion.
Action starts in the ring with both men exchanging some solid mat wrestling.  Sabre gets the better of Nakamura who takes it to the floor gaining the upper hand with some brawling tossing Sabre into the stands.  Once back in the ring it stayed there with both men showing why they are two of the best wrestlers in the world today.

It won't let me link to match above as I did Evolve below, here's the link: Zack Sabre Jr. vs Shinsuke Nakamura

Sami Callihan just spent the past couple years floundering in NXT as Solomon Crowe before asking for and getting his release in November 2015.  He has quickly returned to the independent scene winning the 2CW Championship just 5 days after his release.

Sami Callihan was featured in an excellent documentary by Kenny Johnson called “They Came For Stiff” so as you can imagine these two brought “the stiff” kicking and clubbing the tar out of each other.  Not only that but it featured some great mat wrestling, false finishes and pin reversals that had me going.  Great, great match, worth checking out

Zack Sabre Jr vs. Yoshinobu Kanemaru
I don’t know who Kanemaru is, but this match Sabre is excellent.  It is a great back and forth match showing the skills of both competitors.   It’s solid.