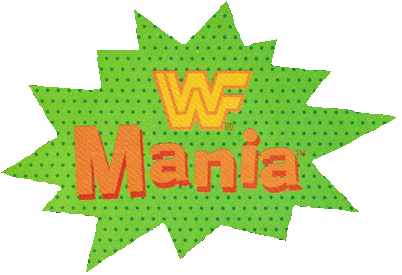 Studio show with Todd and Stephanie announcing the winners of several awards showing either matches or video packages.  Through-out the show they hyped the Royal Rumble that was only three weeks away. 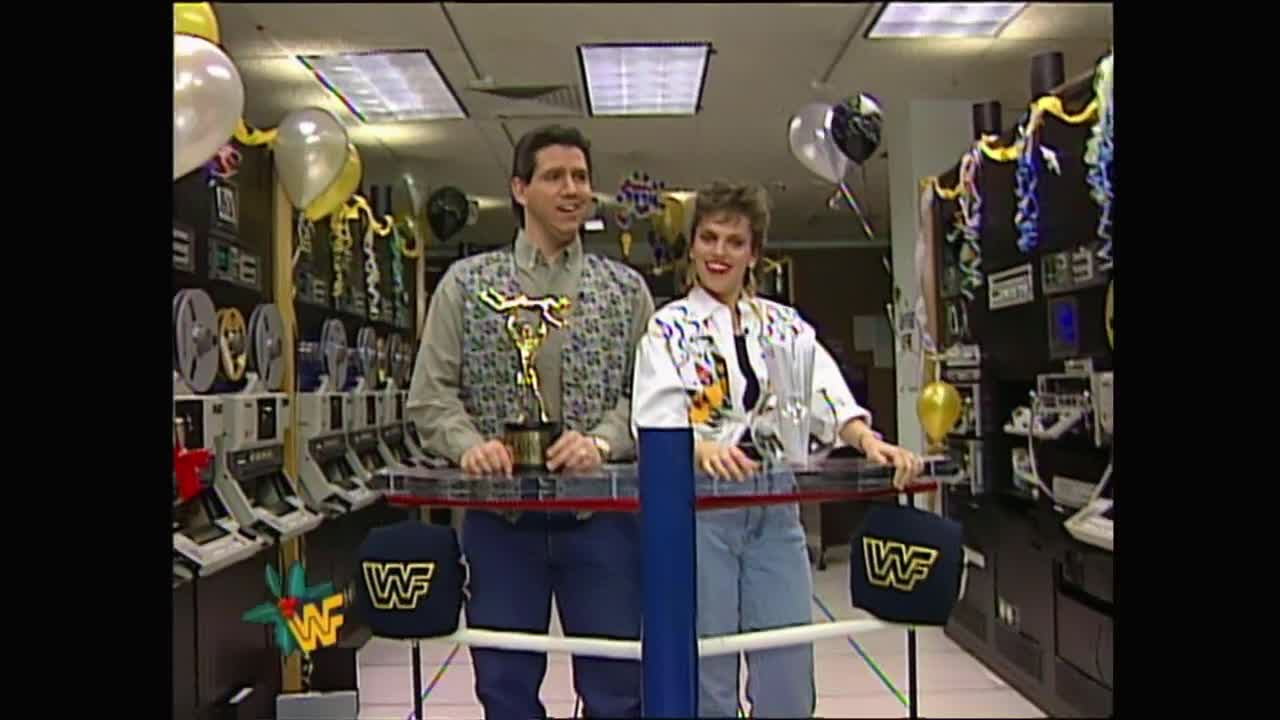 Most Intimidating: The Undertaker

Best Entertainer: Oscar of Men on a Mission 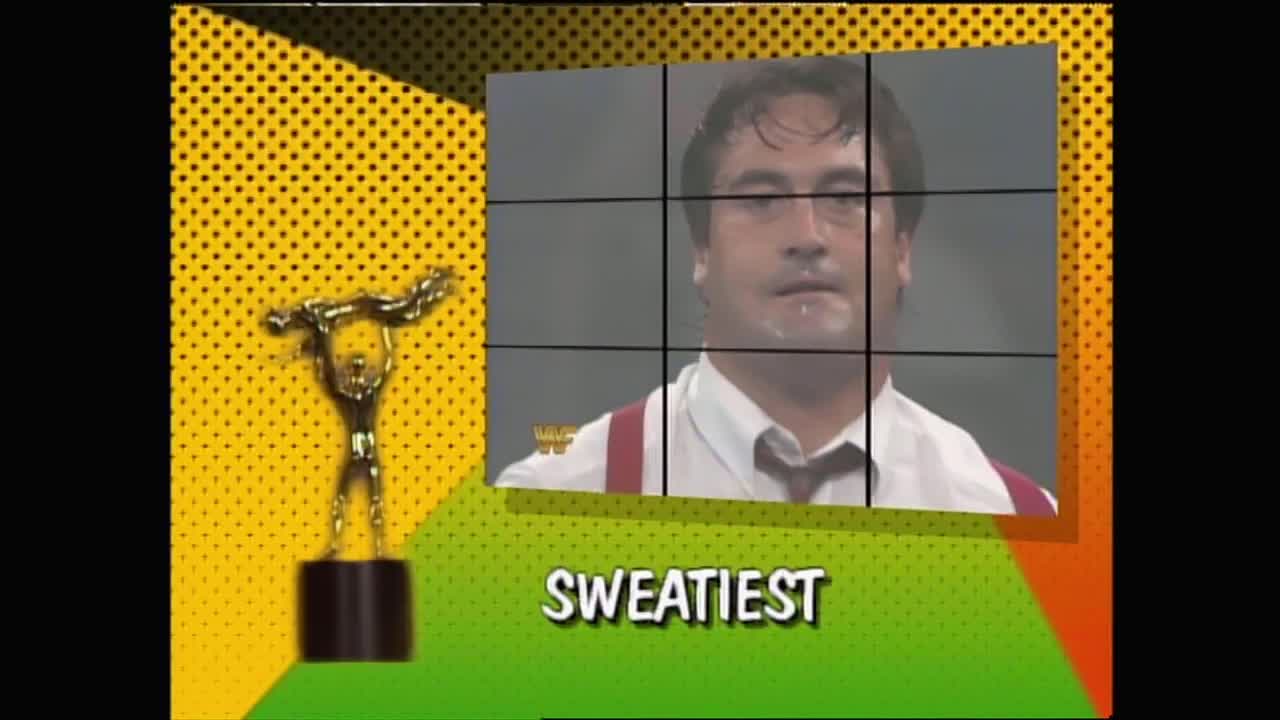 Taped 11/30/1994 Lowell, MA
Commentary by Gorilla Monsoon & “Sweet” Stan Lane
Owen Hart defeated Buck Quartermain with the sharpshooter after a belly to belly suplex.  It wasn’t a complete squash as Quartermain did get some offence in

Video package from Bret Hart after his injury from Survivor Series talking about his upcoming title match Diesel.

Greediest: Tatanka, for selling out to the Million Dollar Man 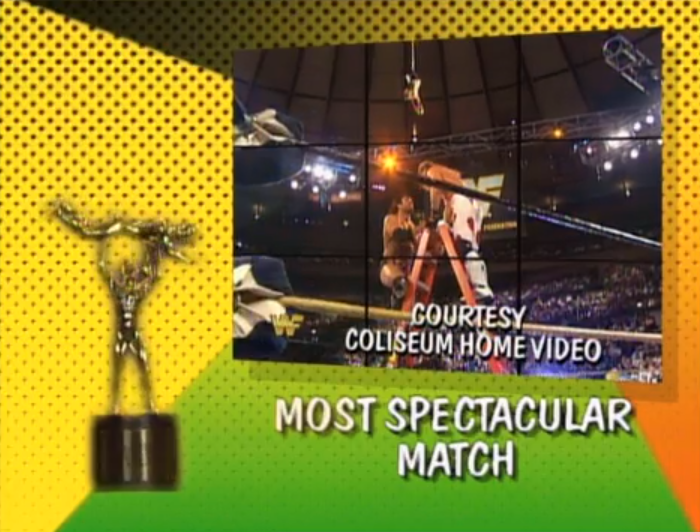 Best New Generation Spot: the one where the little kids yells Bret and the Hitman gives him his glasses

Superstars of Wrestling, Taped 11/29/1994 Poughkeepsie, NY Mid-Hudson Civic Center
Commentary: Vince McMahon & Jerry “The King” Lawler
The Bushwackers: Lukle & Butch vs. The Heavenly Bodies: Dr. Tom Pritchard & “Gigolo” Jimmy Del Rey w/ James E. Cornette
Luke took a beating while the bodies tagged in and out, Luke made a couple tags behind the officials back so they didn’t count.  Butch finally gets the hot tag and clears house.  Butch goes to slam Pritchard from the outside in when Del Rey pulls the ankle with Pritchard falling on top of Butch getting the 3 count to advance in the tournament.

Todd & Stephanie talk about the progress of the Tag Team Championship tournament and where they are so far.

Taped 11/28/1994 Poughkeepsie, NY Mid-Hudson Civic Center
Commentary: Gorilla Monsoon & Stan Lane
Hakushi w/ Shinja vs. Reno Riggins
Squash match with Hakushi getting in all his signature moves including an impressive dive to the floor, which we didn’t see that often in 1994.  Hakushi gets the win with a flying headbutt

It was an interesting show, the Slammy’s had no nominations just them taking an index card out of an envelope.  In-fact a few times Stephanie would announce the winner with-out looking at the card an once before she had the card out of the envelope.  Todd even called her on it a couple times.

The matches that had commentary by Gorilla Monsoon & Stan Lane were Mania exclusive matches even Stan mentioning the fact that the Hakushi match was the last match of the calendar year for the WWF.

As they wrapped show up they listed other awards that they hadn’t read on the show.

Todd Pettengill is currently a radio disc jockey for WPLF 95.5 in the New York area.

Stephanie Wiand seemed to disappear after her WWF run until 2011 when she made the film “Revenge of the Bimbot Zombie Killers.”  She’s worked on a few more projects since then.

Later Readers!
Posted by Michael J. Labbe at 2:08 AM