My family and I were camping for Labor Day weekend at Pinegrove Campground and Cottages in Medway and we saw that the Springfield fair was that weekend so we decided to check it out.

This is the 141st annual Springfield Fair and according to a couple people there it might be the last as the Fairgrounds are up for sale.  It was kind of expensive to get in at $13 each, and then after you drive through the gate to park they charge you $3 for parking.  We were surprised to see that there are no rides, and and only a couple games that are "homemade" not typical carnival games. Except for one food truck there was no typical fair food and all the buildings were built and maintained by the fair.

They did have a lot of activities for the kids, they had the antique tractor pulls, the night before the demolition derby, lots of horse events, livestock, trucks pulls and professional wrestling.  So there was a lot to watch, but it was very different that there were no rides or games to speak of. 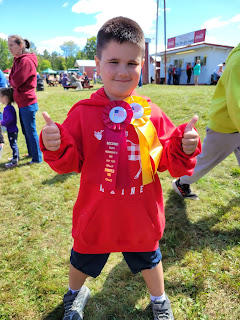 Wesley participated in the Kid's Woodmen's day and walked away with two ribbons, for the cross cut and the pulp throw.  He was so damn excited that he won those ribbons, and he got a $20 check that he didn't care about at all. 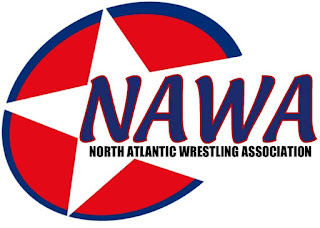 Pro Wrestling was presented by the North American Wrestling Association.  It was a classic fair show that opened with a battle royal with the winner getting a title match in the main event. Also the competitors in the match eliminated people setting up matches for the rest of the card. 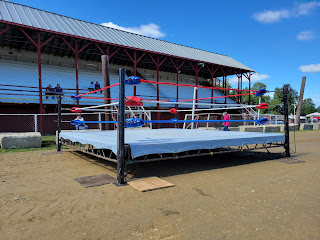 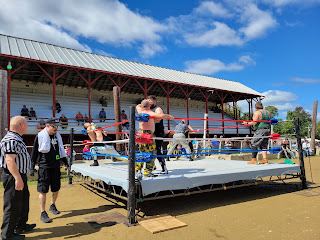 Bomb eliminated by Crash, Jaeger, & NBK
Bomb pulled Crash out over the top rope
Cousin Larry by Rafael
Big Cat by NBK & Jaeger
NBK by Jaeger
Rafael by Jaeger to win the battle royal and the right the Challenge the King of the Fair Champion in the main event 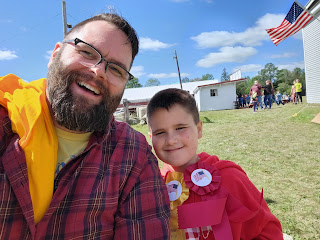 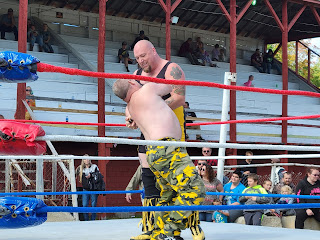 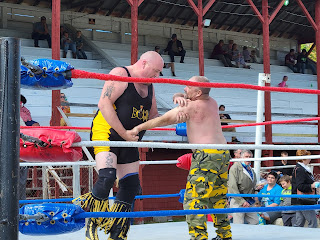 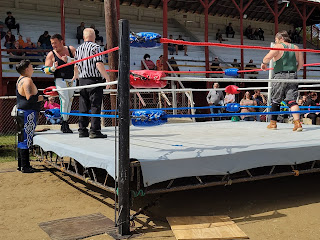 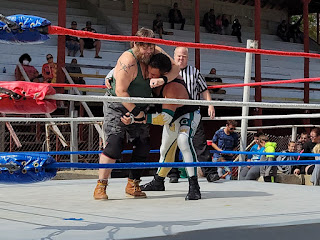 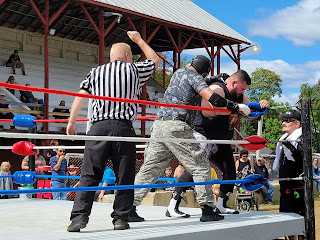 King of the Fair Champion: "Lights Out" Lee Miller pinned Frank Jaeger with a handful of trunks. 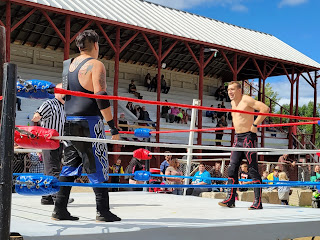 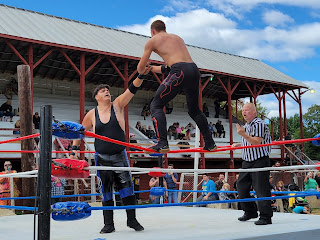 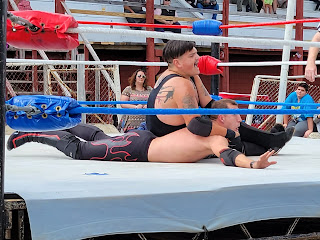 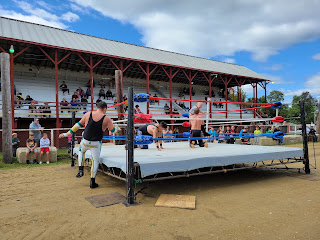 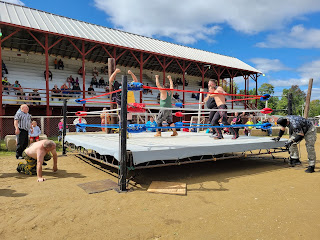 This will be Jaegar's final match in Maine for the foreseeable future as is in the guard and is being deployed for a two year mission.  Jaegar got the pin but Miller's foot was on the ropes causing referee Chris Berry to restart the match.

This was a very good fair show, the weather was gorgeous, the fans were into it and Wesley loved it.  That's all that matters to me that he loved being at wrestling.

Thank you for reading, please leave a comment, check out my other posts, and if you want like my blogs Facebook page.  You can also head over to Amazon and pick up a copy of my new book Limitless Wrestling: The First Five Years, or any of my other books as well.z
Until next time!!
Posted by Michael J. Labbe at 10:22 PM