Recently Game Changer Wrestling promoted a show in Laramie, Wyoming called "GCW Outlaw Mudshow" and it featured the legendary Ricky Morton defeating Atticus Cogar in the semi-main event.  What was also significant is that Morton has now wrestled in all 50 US States! 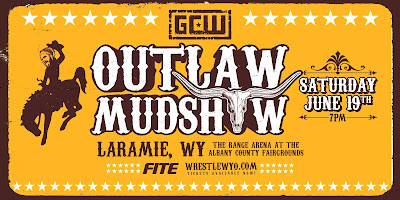 Connor McGrath had tweeted that questioning if Wyoming has the least amount of wrestling history than any other state.  I'm here to tell you, yes they do!
Using Cagematch as my source you can search for matches going all the way back to 1887 to present day.  Doing this search I was able to locate that 33 professional wrestling events have been promoted in Wyoming.  The first in 1920 and the most recent in 2021, the biggest gap between shows 1927 to 1972 when the AWA started running events.
WWE has promoted sevens shows in the state, TNA once, but WCW broadcast a live Monday Nitro in 1996 and Thunder in 1998! 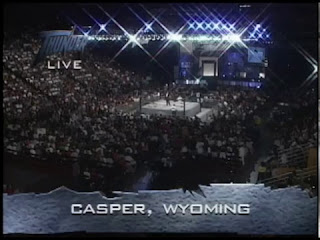 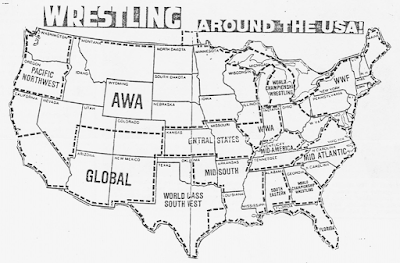 Mississippi 586
Rhode Island 634
Maine 726
Colorado 741
Nevada 759
Nebraska 856
Washington DC 868
Washington 984
The following states have more than 1,000 shows listed on Cagematch, I'd break the query down by years to get the exact total of each State.
Alabama, Arizona, Arkansas, California, Connecticut, Florida, Georgia, Hawaii, Illinois, Indiana, Iowa, Kansas, Kentucky, Louisiana, Maryland, Maryland, Massachusetts, Michigan, Minnesota, Missouri, New Jersey, New York, North Carolina, Ohio, Oklahoma, Oregon, Pennsylvania, Puerto Rico, South Carolina, Tennessee, Texas, Virginia, West Virginia, & Wisconsin.
Thank you for reading, please leave a comment, check out my other posts, and if you want like my blogs Facebook page.  You can also head over to Amazon and pick up a copy of my new book Limitless Wrestling: The First Five Years, or any of my other books as well.