Welcome to the second edition of Same Tag Team Different Gimmick, in the first post we looked at Mike Enos & Wayne Bloom in this edition it's all about.... 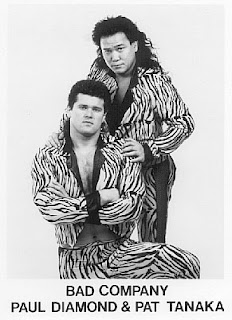 In December of 1986 Diamond and Tanaka first teamed together in the Memphis based Continental Wrestling Association as Badd Company where they captured the tag team championships four times.  In February 1988 they made their debut in the AWA defeating the Midnight Rockers in Las Vegas.

A month later in their fourth AWA match they would win the AWA World Tag Team Championships from the Midnight Rockers.  They would go on to hold the championships for 371 days defending them outside the AWA in the CWA, Kansas based WWA, and Florida Championship Wrestling.   In the AWA they were managed by Diamond Dallas Page and Madusa. 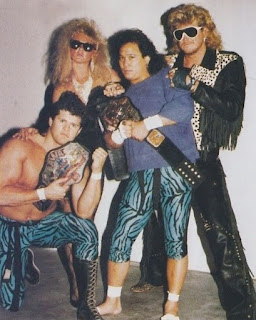 November 22, 1990 Akio Sato wrestled his last match in the WWE at the Survivor Series.  Two days later on the 24th a masked Paul Diamond now known as Kato teamed with Tanaka as The Orient Express.

The duo would team together in the WWE regularly until August 1991 and then a final match at Royal Rumble 1992 when Tanaka would leave the promotion.  They had an excellent match at the 1991 Royal Rumble against The Rockers.  On July 29, 1991 at the Summerslam Spectacular TV Special in Worcester, MA Tanaka & Kato would team up with Sato in a losing effort to British Bulldog, Ricky Steamboat, and Kerry Von Erich.  This would be the only time all three members of the Orient Express would team together. 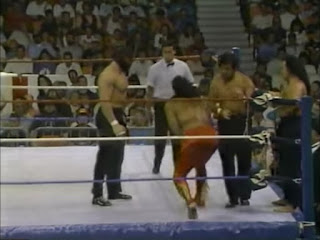 Tanaka would stay in the WWE wrestling as Kato in enhancement matches until September 1992 when he would become Max Moon. 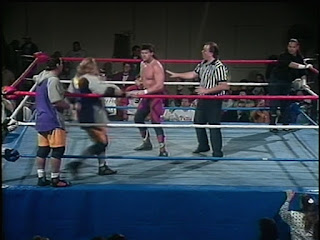 In October 1993 Badd Company would reunite in ECW feuding with Bad Breed and The Public Enemy.   In March 1994 they would have a couple matches in WCW as Haito & Tanaka-San losing to Arn Anderson & Ricky Steamboat on WCW Saturday Night. 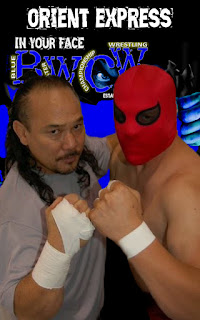 Thanks for rading, please leave a comment, read my other posts, and like my blogs Facebook page, check out my weeekly podcast The Wrestling Insomniac on the Nerdy Legion Podcast Network and while your at it pick up my book over at Amazon in Kindle or Paperback.