The Weekend of October 24th & 25th saw both Impact Wrestling and the WWE present the pay per views Bound for Glory and Hell in A Cell respectively.  This was definitely a weekend of two completely different shows. 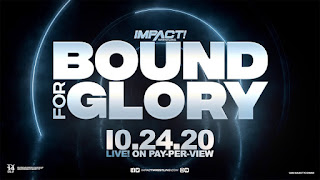 Bound for Glory is hyped as Impact Wrestling's biggest PPV of the year it debuted in 2005 and held annually in October, except 2017 when it was held in November.  The PPV cost $40 and I won a code from a contest on Twitter for Fite TV and that is how I watched the event.

I haven't watched an episode of Impact all year because I don't get AXT tv channel, but I do read the results and keep up on the storylines, and watch clips on YouTube and Twitter and ect.  I was excited to watch the PPV because I was a fan of the product once upon a time and I was glad to be able to watch it.  My hope was to really enjoy to show and have it entice me to want to watch the show weekly.  It didn't, in fact I overpaid for the PPV.

The best match of the night was for the Knockouts Championship and even that was not the advertised match.  It was supposed to be champion Deonna Purrazo defending against Kylie Rae but Kylie wasn't there so Deonna issued an open challenge that Su Yung answered. 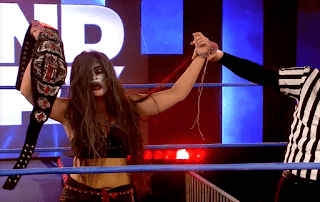 It's evident that Kylie would not be wrestling that night and Impact still advertised the match and even played a long video package build before the match,  Deonna came out first and then they played Kylie's music for half a minute before Deonna issued her open challenge.  This could have been handled much better.

Regardless this was the best match of the night, going a bout 15 minutes of solid back and forth action with Su Yung capturing the title.   The only other match of the night I enjoyed was the tag title match that saw the North become two time Impact Wrestling Champions.

The main event saw Eric Young love the World Championship to Rich Swan.  Yes Rich Swan, I don't understand it either.  The last time someone so undeserving headlined a PPV was when The Butcher challenged Hulk Hogan at Starrcade 1994 for the WCW World Championship.

There was other production issues that had me wondering if this show was live or pre-taped.  At no time did they have the world Live on the screen which we as wrestling fans have been conditioned to see if we are watching a live wrestling show. 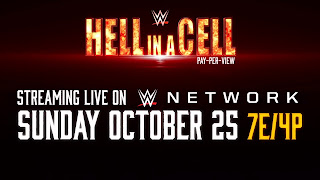 Hell in a Cell is an annual WWE PPV event that debuted as an event in 2009 and has been held annually in October.  The first Hell in a Cell match debuted in October 1997 featuring Shawn Michaels vs. The Undertaker,  at last one Hell in a Cell match has happened every year since it's inception, except in 2001.  I don't know how much the PPV cost on cable, however I pay $9.99 a month for WWE Network.

The show opened with a really good video package hyping the event.  The Roman Reigns vs. Jay Uso match had a tremendous hype video as well.

I absolutely loved, much to my surprise, the Reigns vs. Uso match.  This is the heel Reigns that we have wanted for years.  They have even made Jay Uso a credible challenge two months in a row for the Universal Championship.  That was something I always liked about what Jim Crockett Promotions did was having a tag team wrestler challenge for the World Championship and not break up the team.   I really loved seeing the Wild Samoans come out to place the lei on Reigns. 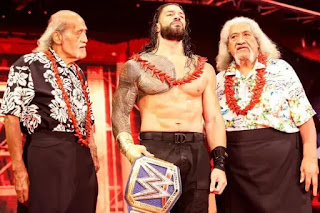 I can't say the rest of the card was amazing, because it wasn't, but I am glad that they took the Money in the Bank Contract off of Otis.

Sasha Banks defeated Bayley for the Smackdown Women's championship.  It was a solid match, not a fan of the finish but they worked their asses off.  The main event saw Randy Orton win his 14th WWE Championship pinning Drew McIntyre.  They had a great match, but it really bothers me that McIntyre's championship reign was through the no fan covid era because at the Royal Rumble the fans were so ready for him to be champion.

All in all the WWE dominated Impact on this weekend, it wasn't even a fair contest honestly.