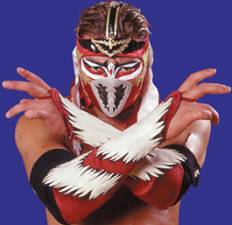 Sadly on March 3rd Eiji Ezaki better known to the world as professional wrestler Hayabusa died from a subarachnoid hemorrhage at the age of 47.

I first saw Hayabusa when he teamed with Jinsei Shinzaki in a tag team match against Rob Van Dam and Sabu at ECW's Heatwave 1998 for the ECW World Tag Team Championships.  Thanks to PWI and other publications I had heard of Hayabusa before and was anxious to see him in action.

Initially my reaction was that he was the Japanese version of Sabu.  They even wore the same gear in the ring, except Sabu didn't have a mask.  I would learn that Hayabusa was not a carbon copy of Sabu and in fact may have been even more extreme than the homicidal, suicidal, genocidal, death defying maniac himself. 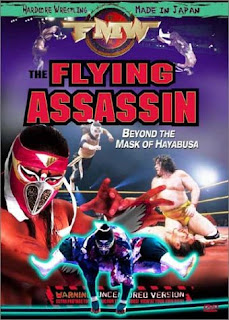 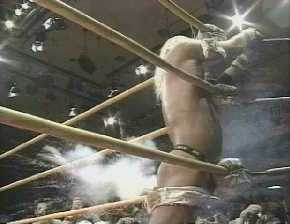 On October 22, 2001 at the FMW PPV Power Splash 2001 Eiji once again wrestling as the masked Hayabusa was wrestling against Mammoth Saski and went a springboard moonsault.  This was a move he had performed probably hundreds of times, a move that several other wrestlers have performed hundreds of times, and yet on this day his feet slipped on the ropes and he landed on his head breaking his neck paralyzing him.

Hayabusa would regain some feeling in his legs and in mid 2015 would walk to and enter the ring with only the assistance of a cane.

You should take some time and go to YouTube and watch some of Hayabusa's art, is art of wrestling.  I've taken the liberty to give you some links of matches.