Off the Ropes Podcast

I'm doing a wrestling-ish podcast, it's called Off the Ropes and it's on The Nerdy Legion podcast network.

Todd and Ronnie started the Off the Ropes podcast and at Paul's urging I started listening and I like what I heard.  I was invited to be a guest on the shows, which I did with episode 7, it was a blast.  I earned the moniker the Dean of Wrestling and was invited to be a regular from them on.

We've done four episodes together with episode 10 being an interview, more of a conversation, with Ring of Honor's Adam Page.  It really well as we didn't ask him the same old questions the everyone asks, but went with some off the wall ones that he really enjoyed.

This podcast actually lead to my buddy John and I taking the plunge and starting a podcast of our own called "What Did You Watch This Week?"  It's basically what we've been doing for nearly 20 years, talking about TV shows and movies, and now we record it.  Episode 3 dropped March 28th and it's been a blast. 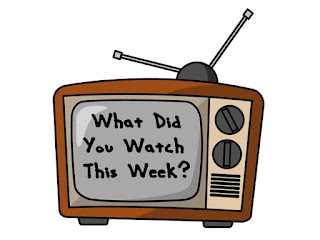 I also was a guest on the Nerdy Legion podcast talking about Daredevil Season 2 with Martin and Nick.

I've found a new addiction, and that addiction is podcasting!!

So please check us out at these links:

What Did You Watch This Week?

Later Readers!
Posted by Michael J. Labbe at 5:23 AM

Email ThisBlogThis!Share to TwitterShare to FacebookShare to Pinterest
Labels: nerdy legion, off the ropes, podcast, podcasting, what did you watch this week?