It was another great night for Limitless Wrestling as over 150 fans attended the “Don’t Fear The Sleeper!” event on March 19th, 2015 at the American Legion in Orono.

Alex, Mikey, Canaan, and myself piled into Vanna and headed north stopping at the Fairfield for a beverage on the way.  As become the custom we parked at the venue and walked the 30 feet to the Orono House of Pizza for dinner.  There we saw Randy’s parents, Roy, Scott, and Cheryl.  Also Anthony Greene and his girl came in.

The show opened with the Fatal 4-Way that saw Da Hoodz get the victory beating The Influence, M1nute Men, and The Beaver Boys.  Da Hoodz are really, really good and Davey Cash reminds me of "Boston Bad Boy" Tony Rumble. 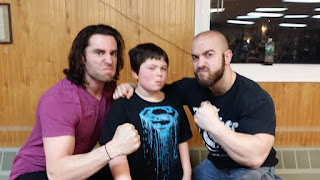 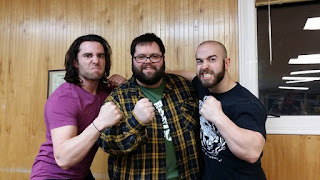 It was cool seeing the Beaver Boys in person, I would have like to have seen more in ring action from them.  I really enjoyed the match all 4 teams put on a great show and it really kicked the card off.

Xavier Bell was entertaining all night long, not just in his match with George Gatton.  He was exceptionally hilarious later on when he was on commentary.  I'm not to sure about Gatton, his style was very peculiar and I couldn't wrap my head around it. 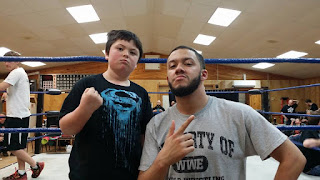 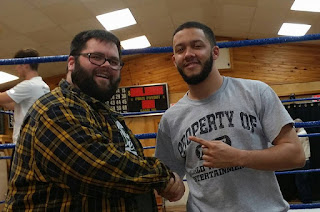 I wasn't very excited about Wrecking Ball Legursky being the mystery partner for DangerKid against Alexander Lee and Aiden Aggro.  This was the best match I have ever seen him in.  He was great as the big guy throwing Lee and Aggro around.  The heels won using a chair and they set up a match between Kid and Aggro for May, and possibly Kid and Lee in July. 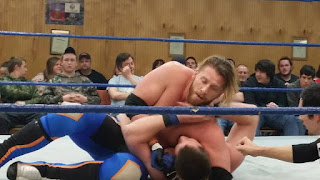 I was shocked to see Scott Wild defeated Brian Myers, it was a good match. 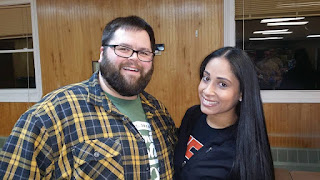 Sonya Strong has fast become one of my favorites to watch in the ring.  This day she wrestled veteran and fellow Mainer Mistress Belmont.  When this match was announced I was really excited because I've seen Belmont in some pretty fantastic matches.  But these two just didn't seem to click in the ring.  And I mean that in the most respectful way, like Shawn Michaels and Mr. Perfect are two of the greatest of all time and yet I can't recall a good match where they faced each other. 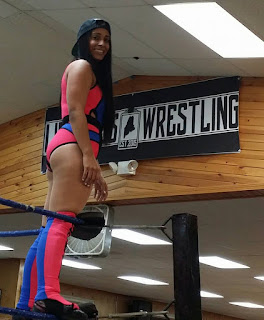 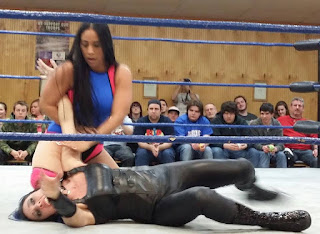 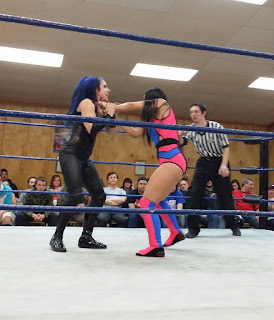 It was a good match and I enjoyed it, one of my favorites of the night, they were just off a step at times.  Sonya is on the poster for the next show in May and I'm very excited to see who her opponent will be.

Alex Mason's losing ways continued this time against the Concept.  The crowd really loves to hate Mason and I think it great.

The 4 way elimination matched featured 3 guys I had never heard of before.  Sasha Jenkins was the stand out, very athletic, I would really like to see more of him in the future.  Johnny Clash looks good but we didn't get to see much of him in the ring, another guy I would like to see return. 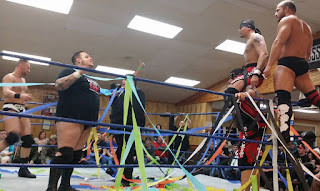 The main event six man tag was friggin awesome!  Everyone in that match is really good, and you would be crazy to say you don't want to see any of them back.  I think EYFBO should come back for one of the Fatal Four Ways matches. I would like to see Chris Dickinson vs. Ace Romero. 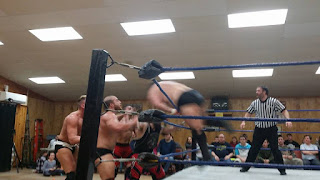 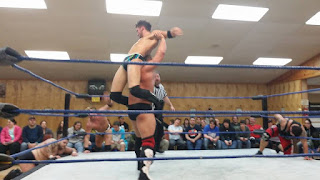 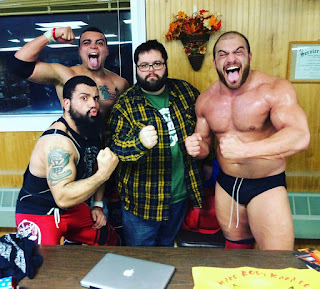 Randy delivered once again with a kick ass show.  He posted that he wasn't happy with the show and was going to make up for it in May, but in my opinion you would be hard pressed to find anyone of the fans that attended that night!