As you may have read in previous blog post I haven't kept up very well this winter with this blog.  Season Depression really got a hold on me at times.  Instead of going back and writing and individual blog for each show I'm just going to summarize the last few shows in hopes of starting fresh at my next show and not feeling bogged down by my self imposed pressure.
These are the three most recent Limitless Wrestling shows I went to as well as the the return of ¡Let's Wrestle! and the ¡Let's Wrestle! Rumble. 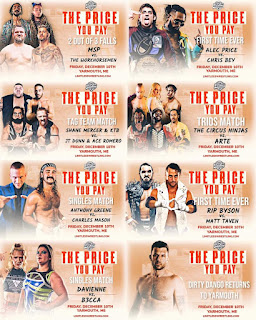 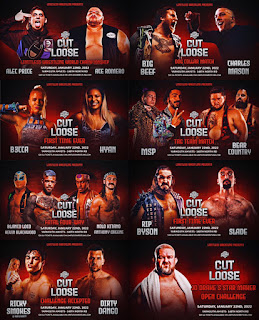 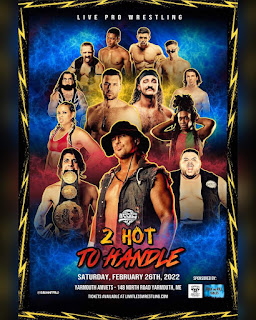 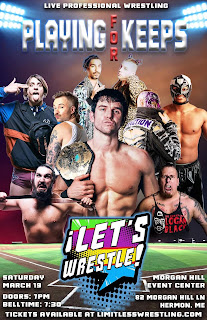 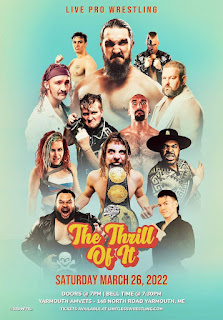 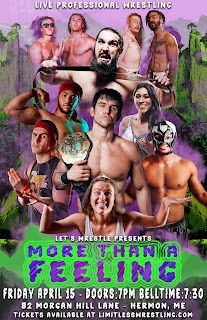