Some more through the mail success! 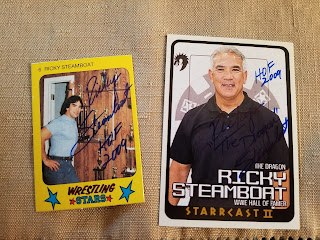 I recently was lucky enough to get add two more cards to my collection of Steamboat signed cards bringing my total to six signed cards.  The precious four consist of three WWF cards and a WCW card.

He did respond to a few questions I had in my letter to him.  He considers his greatest match of all time to be at Wrestlemania III against "Macho Man" Randy Savage.  His greatest match with "Nature Boy" Ric Flair to be from Clash of the Champions VI April 2, 1989 in New Orleans, LA Steamboat defending the NWA World Championship against Flair inn 2 out of the 3 falls match. 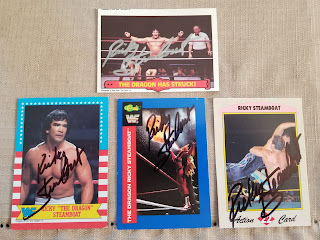 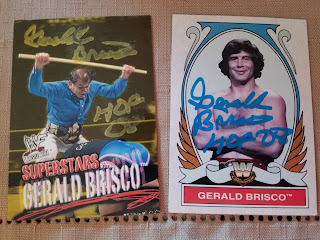 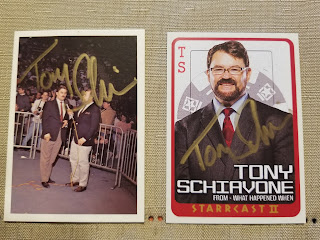 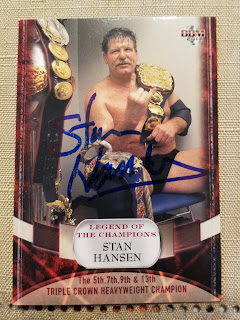 I'm so super excited to add this card to my collection.  Mr. Hansen is a living legend in Japan and one of my favorites to watch.  I just love his bad ass style.  This card is from the 2011 BBM Legend of the Champion card set.