On Saturday March 9th I attended Limitless Wrestling "Welcome to the Dance" where I got these trading cards signed.  You can read my report about the show here. 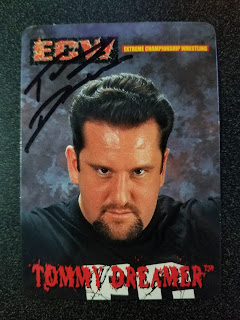 This card is from the ECW set that was released in 2000 as an accompaniment with the Original San Francisco Toymakers ECW Bash of the Brawlers Action figures. 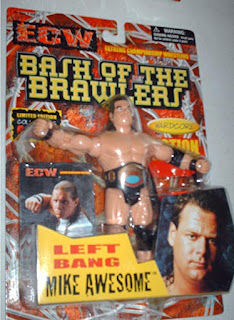 I'm not sure how many cards are in this set but I have cards signed by Dreamer, Lance Storm, Jerry Lynn, Steve Corino, and Super Crazy.  Other unsigned cards that I have are Tajiri, Rob Van Dam, Sandman, & Sabu.  Other cards that I have seen are Chris Candido, Axl Rotten, Nova, Balls Mahoney, Little Guido, Rhino, Justin Credible, Mike Awesome, & New Jack.  Each wrestler has two cards. 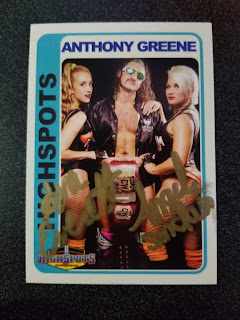 This card was released in the Highspots crate in the month of March 2019.  I got this card direct from AG as he had extras.  Above is the front of the card which is signed by the Platinum Hunnies and below is the back of the card signed by Greene. Typically I don't like getting the back of cards signed but the set up of the back of this card is wicked cool.  These HighSpots cards are really nice and I've managed to get a few direct from the wrestlers, it would be nice if Highspots sold them apart from the subscription box. 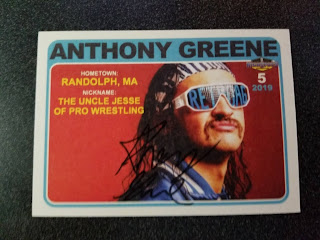 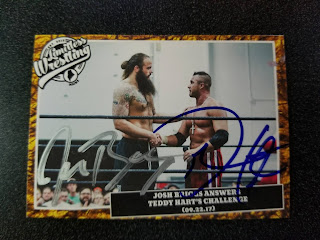 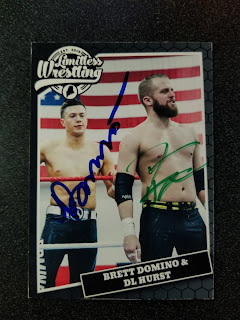 This card is from the Limitless Wrestling Series I released in 2018.  I had the card signed by DL Hurst at Let's Wrestle Rumble in January 2019.  You can pre-order Domino's first t-shirt via his twitter @brett_domino