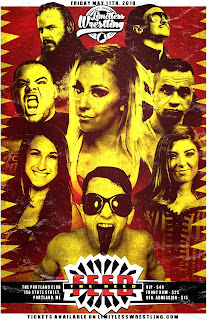 Here is my review of Limitless Wrestling's Feed the Need in Portland, Maine at Club Portland on May 11, 2018

All photos are courtesy of Harry Aaron you can view his entire album on his flickr page.

Going in I didn't really expect much from this match but I was very surprised with it. This was a throwback Chikara match. All the guys worked hard and it showed. If Chikara had more matches like this I might actually watch some of their shows.
7/10

Brody beat the piss out of Everfly. Everfly did get some really cool high flying spots in but in the end he lost to a sick piledriver.
7.5/10

In Ring: Ace Romero comes out and says he wants to know who his opponent is right now. Anthony Greene comes out. This causes enough of a distraction for Brett Domino to come out and attack Ace Romero, which leads to 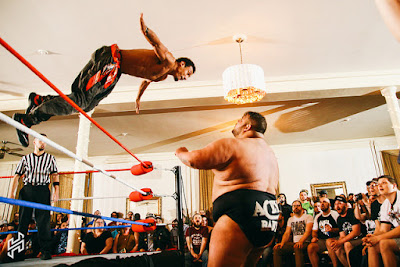 They started the fight in the entryway and beat the hell out of each other for a good 10 minutes. Ace hit a sick pounce on Fox blowing him out of the ring.
7.75/10 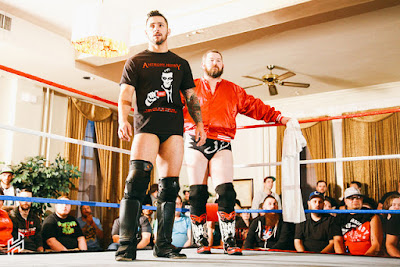 Great match with tons of crazy action. I was very impressed with The Rascals and I'm hoping they come back. In the end The Dream Team got, in my opinion, a surprise win.
8/10

This match was ok but it was very clear that Rachel Ellering was on a completely different level than Ashley Vox. She may have even been holding some back. The ending was very quick and unexpected. I didn't see it coming.
6/10 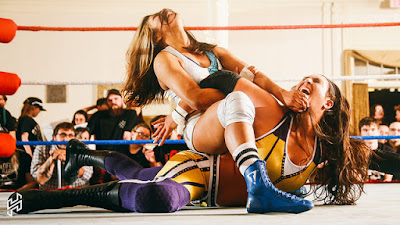 In Ring: Ashley Vox says she has qualified for the Vacationland Cup.

In Ring: The Maine State Posse and Joey Eastman are in the ring for their 5 minutes. Jon Alba was there to kinda be a moderator. Aidan Aggro and Alexander Lee basically tell Joey Eastman to pound sand but Danger Kid teases some dissension among the ranks of MSP. Joey Eastman says that he wants to be the father he can't be to his son to MSP. Danger Kid then slaps Eastman. Eastman then says that he guarantees and MSP victory in July because they will be facing each other in a Triple Threat Match in the Vacationland Cup.

Sick match. Very brutal. Anthony Greene got slammed on tacks, took a tombstone on a chair and fell through a table from the top rope but somehow still won. Dunn set up what looked like a chair table and went to slam Greene off the top through it but Brett Domino came out and helped Greene slam Dunn through it instead. Check this out it was really awesome
9/10 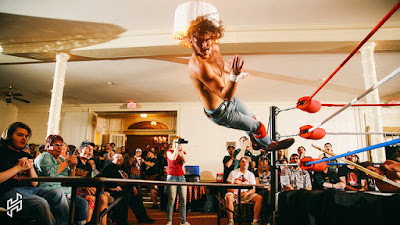 In Ring: Ace Romero comes out and tells Anthony Greene that in July they will fight each other in a Steel Cage Match.

Crazy fast paced match. I don't understand how these guys weren't blown up. The end was very quick with Allin getting Wentz in a neat trapping pin. I would have like to see this match go another 5 minutes.
8/10

Very good match here. The best Skylar match I've ever seen. She has improved a ton in her time away from Limitless Wrestling. They beat the hell out of each other for a good 10-15 minutes until Skylar got a surprise roll up for the win.
8.75/10 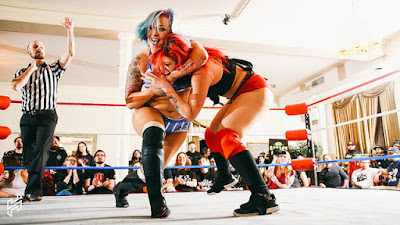 This may have been the best 6 man scramble in Limitless Wrestling history. Fast paced with tons of action. All of the guys impressed especially Kevin Ku. I saw him wrestle his first few matches 4 or 5 years ago and he has improved drastically. With the win it seems that Ace Austin will become a regular.
8/10

They battled all over ringside for a good 5 minutes before the bell even rang. Once the action got into the ring it settled into a solid tag match. I was surprised to see The Thick Boys lose since they are the top tag team in Limitless Wrestling right now.
7/10

Absolutely sick match. How these guys were able to walk afterwards is beyond me. They hit at least a dozen sick, backbreaker type moves. In the end Briggs got the win after a chokeslam backstabber. Check this match out. Its great.
9/10 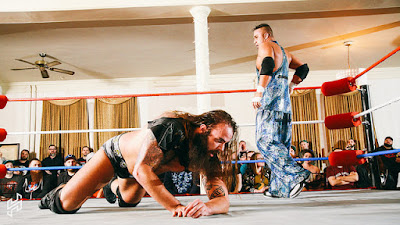 In Ring: Teddy Hart puts over the fans, Indy wrestling and Josh Briggs.

In Ring: Josh Briggs says he will win the Vacationland Cup.

This show scored an 88 out of 110 for an overall score of 80.00%. This was an awesome show. Especially the street fight and the main event. Those 4 guys gave everything they had. I was also very impressed with Skylar vs. Kimber Lee. This was the best women's match in Limitless Wrestling history. Check this show out you won't be disappointed.