In May of 1982, a cannibal from Uganda debuted in the CWA in Memphis named Kimala. He was handled by JJ Dillon and was unlike anything anyone had seen in wrestling. He quickly made an impact and so began the career of the one of the greatest villains and big men in wrestling history.

People don’t talk about Kamala much. He’s not featured in many documentaries and he doesn’t have a podcast or huge online presence. There is a reason for this, James Harris, the man behind Kamala, is a quiet man. He’s a guy who never ran his mouth much and didn’t ask for much out of wresting, other than a fair paycheck. The only time his name has been brought up in the last ten years, has been to report on his health problems and the double amputation of his legs. Unless you’ve browsed his website sometime in the past couple of years, you probably wouldn’t even know he has written autobiography. This book has been at the top of my most wanted wrestling books and now that it’s finally found its way onto Kindle at an affordable price, I decided to take the plunge and see what James Harris has to say about life, his career, and Kamala. 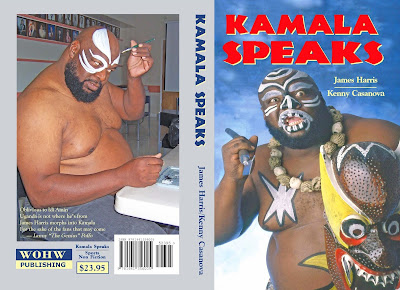 We begin the book discussing his amputations and what diabetes has taken away from the man. It’s an intimate look inside the mind of someone who is about to have another body part taken away from him. Having never had any sort of amputation before, I wasn’t familiar with the emotional rollercoaster that one must go through knowing that this time tomorrow, piece of them will no longer be there.

From there we launch into three chapters about Mr. Harris’ childhood which I found riveting. James grew up the son of poor sharecroppers in Mississippi. James describes a world I knew very little about. James isn’t shy about discussing the racism that existed and how that affected him in school, but he never once plays the victim. He acknowledges that racism exists and it made his life more difficult, but he never asks for sympathy. He just describes it as it was and moves on. 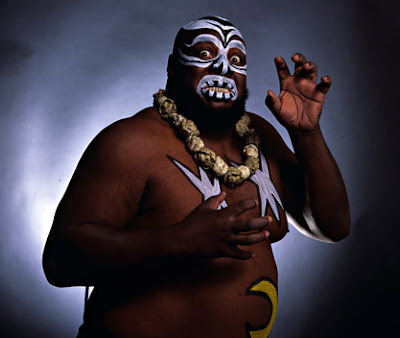 I believe the reason why I enjoyed Kamala Speaks is because it feels authentic. It’s not censored or polished. You really feel like you are sitting down next to a man in his sixties or seventies, and he’s telling you his life story. Unlike most wrestlers, James Harris doesn’t come across has having a huge ego. He loves wrestling, but he doesn’t need wrestling. It was just another way to make a living. And once we get into his wrestling days, we get to hear all about all the good (and the bad) that went on.

The chapters are broken down by territory and then within the chapters there are headings that break down ideas and stories even more. I absolutely adore this format and wish more biographies would adopt it. This book doesn’t have sixty page chapters where everything runs together. Instead, the chapters are kept small and tight, and then organized into these subchapters. The continuity suffers occasionally as Mr. Harris is forced to jump back several years when he starts discussing another promotion, but it’s not much of an issue outside of making me double check the timeline inside my head.

Prior to wrestling as Kamala, James Harris wrestled as Sugar Bear Harris throughout the world. He spent most of his time in the Southern United States, but traveled to Europe to develop more. After breaking his ankle in a match, Sugar Bear returned to the United States. He went to a CWA show in Memphis to see if someone could get him some gear (since his gear was on a ship sailing back to the US from Europe) in preparation for his cast to be removed. This is when Jerry Lawler and Jerry Jarrett saw Mr. Harris and within a couple of days, they were putting together the character he is known for Kimala.


James changed the spelling of Kimala to Kamala after leaving Memphis, in order to make the character more of his own. He also changed the way the way he painted himself, since Jerry Lawler did all the painting in Memphis and it was difficult to do by himself.

Over the next thirty years, Kamala wrestled all over the globe. He had successful runs in the WWF, WCW, WCCW, USWA, and Mid-South. There is always the need for a big monster on every wrestling card, and Kamala played that part well. 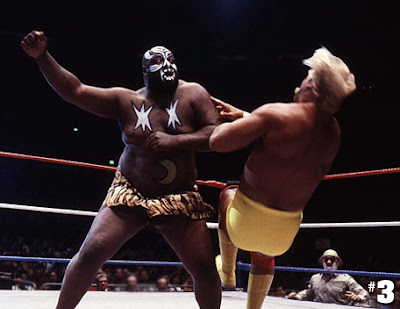 His autobiography is well researched and he mentions several times that he reached out to people important in his career to verify facts and get stories from them. The book is brutally honest in some parts and doesn’t shy away from discussing the treatment of black wrestlers in the South as attractions or how poorly the AWA treated black wrestlers. James also mentions the difference in pay for black wrestlers, which led to Kamala leaving several organizations (including the WWF – twice!). You can tell that James never let the success go to his head and he was there to do a job, get paid, and go home.

With that being said, he isn’t full of bad mistakes and train wreck stories like so many wrestlers biographies have. Instead, James tells a few stories about his friends and some of the dumb things they did or even got him into. There is a fun story about The Brooklyn Brawler and The Wizard peer pressuring him into take a hit off of a joint that was spiked right before he had a match with Hulk Hogan. 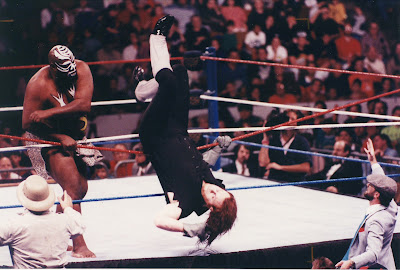 One of the more tragic parts of the book is after several chapters of discussing funny stories about The Brooklyn Brawler and Harvey Wippleman, two of the guys he traveled with a lot, he mentions that he hasn’t spoken to either in well over ten years. He feels blackballed by the WWE and blames Vince McMahon for scaring everyone into silence. He says that several people he reached out to help him with the book wouldn’t return his phone calls, because they are too afraid to say the wrong thing that sets Vince off. It’s a troubling accusation that no doubt has quite a bit of truth in it.

Kamala discusses what an asshole Andre The Giant was (and what horrible things he did in hotels), but how he also helped him get his first gig in the WWF after earning his respect. He discusses the “ring boys” incidents in the WWF and the rumors behind Steve Lombardi and Pat Patterson. He gives his thoughts on Bill Watts, Vince McMahon, Jerry Jarrett, and more. He discusses his problems with Abdullah The Butcher, Giant Baba, and how Abby manipulated Baba.

Kamala Speaks was co-written with Kenny Casanova, who managed Kamala on occasion. As I’ve mentioned the book feels authentic, and because of that there are a few minor errors within the text. It’s nothing worth knocking points off and to be honest, it just makes the book feel that much more real. The Kindle edition has additional content in the form of two extra chapters and full color images. Apparently, some errors were also corrected in the eBook edition from the original book printing.

One of the bonus chapters discusses the various wardrobe malfunctions that Kamala encountered over his career, while the second (and more interesting) chapter discusses how the book came to be. Kenny Casanova discusses winning over Koko B Ware (Kamala's best friend) who gave his blessing for Kenny to work on the book and how Diamond Dallas Page helped opened the floodgate of wrestlers willing to help fill in the gaps of Kamala's career story.

Would I recommend Kamala Speaks? Definitely. It’s one of the more enjoyable wrestling books I’ve read recently and probably one of the most grounded. James Harris made a huge impact on the world of professional wrestling in the 1980’s and early 1990’s, and it’s a shame that he doesn’t get near the recognition or appreciation that he deserves and probably never will.

After reading Kamala Speaks, my fandom for the character has grown tenfold, and I’m so glad that Kenny Casanova and James Harris sat down and took the time to put all these great stories into a book. Kamala is almost a forgotten name in the wrestling world and sadly, I don’t see that changing. At least his memories and his life will be preserved within this book, and maybe one day, someone will come along and give Kamala the credit he deserves.