WWE Championships Defended Outside the WWE

It's a very rare occasion when a WWE Championship is defended on a non-promoted WWE event.  It has happened but only rarely.  For clarifications purposes I am talking about the modern era, essentially from WrestleMania forward.  Prior to that Champions like Bob Backlund and Bruno Sammartino would defend their championships on non-WWE promoted cards. 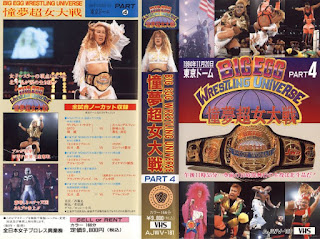 November 20, 1994 All Japan Women's Pro-Wrestling hosted a supercard entitled Big Egg Wrestling Universe held inside the history Tokyo Dome with a disputed attendance between 32,000 - 42,000 fans. Either way it's an impressive number for an all girl show featuring 1 male match.

The show consisted of 23 matches featuring multiple promotions including the WWE, and a 8 woman Five Star Tournament.  This was a truly magnificent show and I would recommend you pick up a copy for yourself.  You can find it at IVP video. 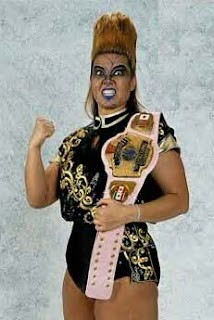 In the second to last match on the card WWF Women's Champion: Alundra Blayze defended at top contender Bull Nakano who at the 9:27 mark pinned Blayze after landing a top rope leg drop to win the Championship.

Bull Nakano would go on to hold the title until April 3, 1995 losing to title back to Blayze at Monday Night Raw the night after WrestleMania XI.  Bull Nakano herself would defend the championship at a non-WWE promoted event, AJW's Queendom 1995 defeating Kyoko Inoue.

On November 17, 1998 Duane Gill later Gillberg defeated Christian on Raw in Columbus, Ohio to win the WWE Light-Heavyweight and he would hold that title for a record 453 days before dropping the belt to Essa Rios on February 13, 2000 in Austin, TX on Sunday Night Heat.

Essentially used as enhancement talent Duane Gill was brought in for an easy victory for Mankind at the 1998 Survivor Series.  After that he joined the JOB Squad and with their help won the Championship and was basically never on TV again wrestling a couple dozen matches on WWE TV until the dropped the title. 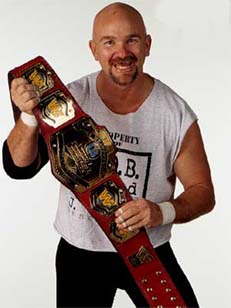 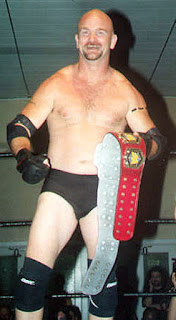 I cannot find any other instances.  I know someone might want to saw Bret Hart did, but he didn't.  True he was the WWE Champion when he was wrestled Terry Funk at WrestleFest on September 11, 1997 in Amarillo, Texas however he was never billed as WWE Champion nor brought the belt to the ring.

Later Readers!
Posted by Michael J. Labbe at 2:48 AM