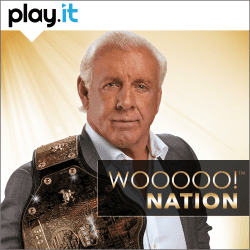 WOOOOO! Nation with Ric Flair
Episode 12 Jim Cornette
Jim calls in and Ric and he share tales of the Midnight Express, Jim Crockett Promotions, what Jim is up too now and a lot more.

So Ric Flair has s Podcast and you would thinks being a huge Ric Flair fan I would be all over this, well I tried it and I didn't like the first episode.  It was with Kurt Angle and I simply didn't like anything about it.  I didn't really enjoy this one and I think it has to do with the fact that they talked a lot about the JCP days.  I'll check out others now from that time frame. 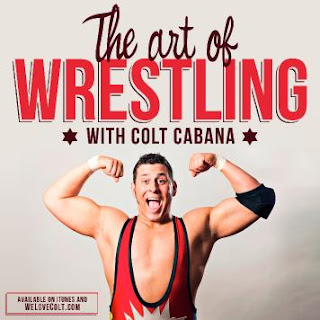 Colt Cabana’s Art of Wrestling Podcast
Episode 258 Lance Hoyt
Lance talks about breaking into wrestling, how he started with TNA, his cup of coffee in WWE and becoming Big in Japan 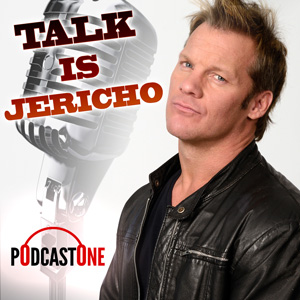 Talk is Jericho
Episode 156 Scott Baio
The former team heartthrob talks about his career and his longevity in Hollywood.  It’s clear though that he knows nothing about Chris Jericho.

Episode 159 Raven
Most of this episode is Jericho talking with his son Ash.  The portion with Raven is about 40 minutes long and way, way too short.  He did record more later that evening and will release that later.  The Raven part is fantastic, I can’t wait for the future episode.

Episode 160 Randy Blythe
The Lamb of God lead singer talks about his upcoming book but mostly about his time in a Czech Prison where he spent 37 days on a manslaughter charge.  Very interesting, I will probably buy his book. 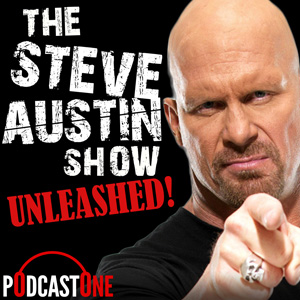 Steve Austin Unleashed
Episode 236 Eric Van Wagenen
Eric Van Wagenen is the Executive Producer and Showrunner for Lucha Underground on the El Ray network.  Get the behind the scenes story on how the show came about and what he feels the future of the program is.  Van Wagenen also worked with Steve on Tough Enough in 2011, and has worked on several Mark Burnett shows. 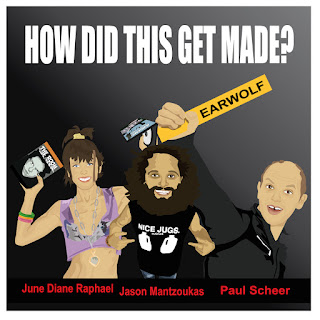 How Did This Get Made
Episode 113 Live Teenage Mutant Ninja Turtles II: The Secret of the Ooze with Adam Pally
Filmed in New York City, as always it’s hilarious and of course Jason Mantzoukas makes 9/11 jokes.

Episode 114 Runaway with Rhea Butcher
I’ve never seen this movie, nor do I want to.  Not my favorite episode, took me a few tires to get through it.

The Moth Radio Hour
Blue Men, Psychopaths, and a Bad Date
After many years in the legendary Blue Man Group a performer makes a profound connection with an audience member, a world-renowned neuroscientist identifies patterns in the brains of psychopathic killers, and Saturday Night Live alum Rachel Dratch meets a debonair man at a cocktail party and dares to think he might be Mr. Right.

Snow White and the Screaming Meemies
A 5 year old girl is caught stealing by her mother, a shy writer gives her first ever interview on national V, a child gets caught in the shelter shuffle of the foster system, and a wilderness search and rescue teacher goes out on a ledge to help a young man.

Email ThisBlogThis!Share to TwitterShare to FacebookShare to Pinterest
Labels: art of wrestling, how did this get made, steve austin unleashed, talk is jericho, the moth, wooooo! nation