Ricky Morton and The T-Shirt (A Wrestlecade Story)

Everyone always remembers their first live wrestling event. It's a place where the magic we see on TV comes to life and the invisible wall between us dissolves. It's a place where you can see the pain, anguish, frustration, and joy on our favorite wrestlers faces up close and then get a chance to meet them and shake their hands.

I was lucky, my wife had never been to wrestling show before nor had she watched it on TV until she met me. Being the good sport that she is, she agreed just three months after we began dating, to accompany me to the 2019 NWA Crockett Cup, which turned out to be a wonderful show and a great introduction to the world of professional wrestling. Now we watched AEW weekly together and have attended seven live events since we've been together.

However, that first night at The Crockett Cup, she spent most of the night looking like this: 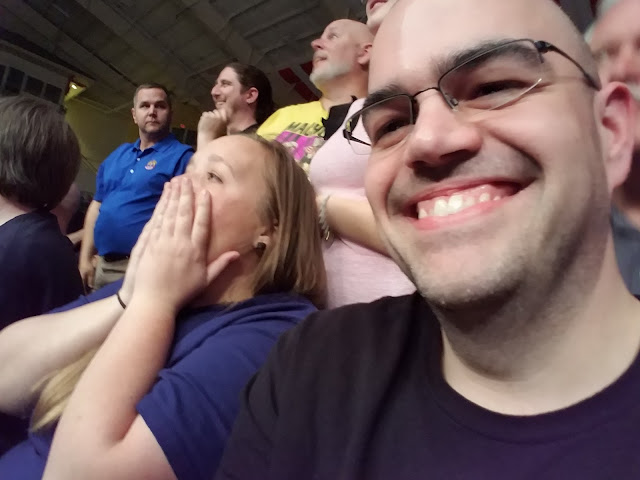 Her fear and concern about the wrestling crowd was quickly supplanted by her enjoyment of the spectacle that unfolded over the course of the night. And like many women before her, the first team to really capture her attention was The Rock N Roll Express.

The Rock N Roll Express were entered in the Crockett Cup and in some ways stole the show. It was an incredible night of bumping, Canadian Destroyers, and blood and my poor wife watching the ultimate babyface Ricky Morton being beaten to a pulp by The Briscoes. 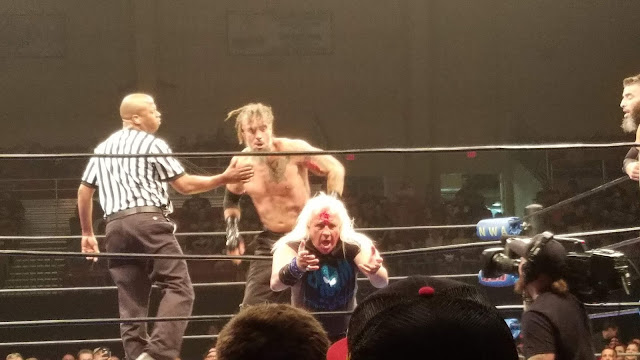 Now, there is something I must tell you about my wife. She’s the most wrestling fashion observant person I’ve ever met. I kid you not, when I say, she will notice small color changes or new outfits before big matches and call title changes based on them with a high accuracy. Every week, we watch AEW and she points out new boots, logos, pants, tops, under garments, pads, and so forth. It’s changed the way I watch wrestling, because well… I never really paid attention to any of that.

This obsession with wrestling fashion originated during The Crockett Cup, specifically when Ricky Morton made his way to the ring sporting a glittery School of Morton t-shirt. 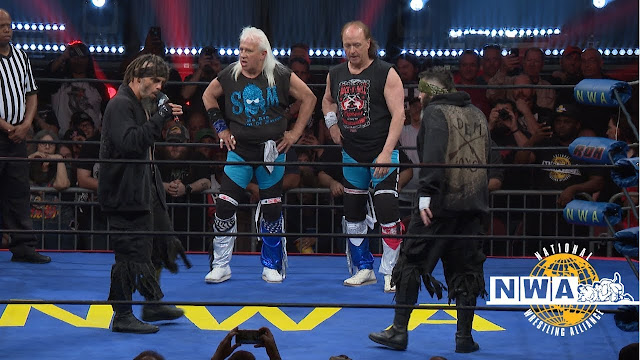 My wife, who was hesitant on attending the wrestling event in the first place, immediately said, “I love that shirt! I need one of those shirts!” Being the proud guy that I was, I told her with confidence we’d hop on Ricky Morton’s website or ProWrestlingTees and order her one after the show.

Sadly, despite all the amazing Rock N Roll Express shirts and School of Morton shirts available, this particular design was not. I couldn’t find it anywhere online. I sent emails and Tweets, and I got no where. I spent hours scouring the web trying to find just one shirt to buy, but it was just not available anywhere.

For the next two years, I’d periodically check and see if the t-shirt had become available for order, which it did not. Brandy began inquiring about reaching out to maybe a t-shirt designer to see if we could replicate it, because she really loved it so much. Not only was the design quirky and fun, it was a symbol of her first positive wrestling memory, the moment her love of wrestling blossomed and so in a strange way it was more than a t-shirt.

In November 2021, we attended Wrestlecade. It was her first wrestling convention and The Rock N Roll Express were featured guests. We knew it was a long shot they’d have any glittery School of Morton shirts on hand, but Brandy joked that she was going to give Ricky Morton a piece of her mind and let him know how hard she’s tried to get that shirt.

We walked up to the table and as usual, The Rock N Roll Express were incredibly kind and accommodating. She began telling Ricky about the t-shirt hunt and he stopped her mid sentence.

“So, you want a t-shirt like this one?” as Ricky pointed to the sparkly School of Morton shirt he was wearing.

“Because there is only one person in the world who makes this shirt and I don’t sell them. But I’ll tell you what, what color do you want? I’m going to order you one. Not only that I’m going to give you one.”

And right there, in a sea of hundreds of wrestling fans, Ricky Morton pulled out his cell phone and called his personal t-shirt printer and ordered the size and color Brandy wanted. No hesitation, no big hoorah, it was like he was ordering a pizza. He mentioned to his son Kerry that he was doing it and to get our address, because he was sending it to us for free.

Okay, just to recap: WWE Hall of Famer and one half of arguably the greatest tag team of all-time pulled out his cell phone at a convention and called his personal t-shirt printer and ordered a t-shirt for a fan he had just met minutes before and didn’t ask for a dime. He wouldn’t even accept our offers to pay for shipping.

Stunned, blown away, and on cloud nine, we took our photo with The Rock N Roll Express, bought one of their new t-shirts, and went about our convention attending noting that this was the highlight of the convention and an unbelievable moment that neither one of us would ever forget. 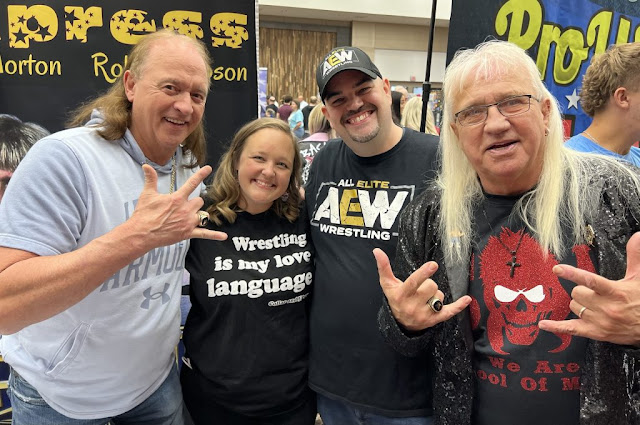 Yesterday, a package arrived at our house and well... I think her face tells the whole story: 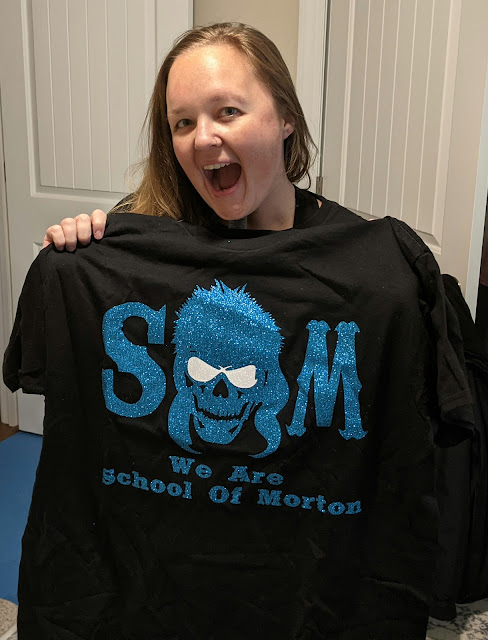 I think sometimes we underestimate how impactful wrestling fashion and t-shirts are on our fandom. They connect us to the wrestlers, the story-lines, and moments in our lives. It’s one way for us adults to both support our favorite wrestlers and honor them all in the same. This t-shirt and gesture from Ricky Morton has forever connected us to this moment in both of our wrestling fandoms and is one of the reasons I love what pro wrestling does to people. It connects us.

We are forever grateful to Ricky and Kerry Morton. Kerry was instrumental in making sure we got the t-shirt and even sent a video of them packing it up and mailing it out. If you haven’t had a chance to see Kerry wrestle yet, I think you’re in for a surprise. He’s talented and you can tell the fruit doesn’t fall far from the tree.