2020 My Year of Wrestling in Review

2020 was not a good year for me when it comes to attending live wrestling events.  This year I made it to four live wrestling show and you can read about them below:

Two Limitless, one Let's Wrestle! before the pandemic and an outside NAWA show during a downtrend of the pandemic.  There were a few other live shows here in Maine but I either didn't feel they would be safe or the card didn't encourage me to make the drive.

The last time I went to this few shows in a year was all the way back to 1996 when I went to just one.  That show in question was a WWE House Show at the Augusta Civic Center on March 1st featuring WWE Champion: Bret Hart, The Undertaker, Davey Boy Smith, Shawn Michaels, Triple H, Ringmaster Steve Austin, Goldust, and more.  I went to this show with my Cousin Rob, we weren't family by blood he was my then step-fathers sister-in-laws grandson...so we decided on cousins.  Rob and I went to a few wrestling shows together and watched a lot of PPV's.  Sadly he passed away this year in September .  We had drifted apart over the last several years as our lives went in different directions but we had a lot of great time together, even working together for a couple years.

I released two books on Amazon compiling some of the best posts on this blog, you can buy them here.  Or you can contact me directly for signed copies.  I've also been working on another wrestling book that I am hoping to have out in early 2021.

AEW & WWE managed to produce new wrestling every week during the pandemic while independent and other world wide promotions had to stop running shows for several months.  On the independent side a few states allowed shows to be run again and thanks to Fite.TV and IWTV we were had opportunities to see a lot of our favorite indie wrestlers perform.  My buddy Mikey and I went on a tear this year winning many free promo codes for shows on Fite including several GCW, Synergy, and even Impact's Bound For Glory.

I do miss wrestling with fans, imagine Edge's return at the Royal Rumble this year with no fans for that amazing response that he received.  AEW has been doing a great job with their weekly show and has become can't miss wrestling for me.  WWE on the other hand has been extremely hit and miss with me when it comes to all of their brands.  It's one thing to pipe in fake ambient crowd noise but to have "this is awesome" chants or even worse the "Thank You Pat" chant after Mr. Patterson died ruins the viewing experience for me.  Which sucks because there have been some great matches but the fake crowd prevents me from getting into it.  Indie promotions as a whole didn't do a great job in running socially distant shows, although a few of them did.

New Japan Pro Wrestling took a four month hiatus from end of February to mid June returning with shows with limited fans.  As time went by in Japan the size of the audience has expanded.  They have been cranking out solid product even getting annual tournaments: The New Japan Cup, G1 Climax, Best of the Super Juniors XXVII, and the World Tag League.  They even had a weekly show that aired on Friday nights from California where they ran the Super J Cup one night tournament.  The only annual tournaments they didn't get in was the Young Lions Cup and the Super Junior Tag League.

I'm very much looking forward to Wrestle Kingdom 15 on January 4th & 5th.  If' I'm being honest the cards aren't the greatest, but I'm sure we will get some outstanding matches.

AAA Lucha Libre Worldwide stop running shows in March, then did a day of tapings in April called Lucha Fighter.  This was very unique as it was men's, women's, and mini's tournament featuring their luchadores in singles matches, not the typical trios matches.  They took a six month hiatus and came back in October with Auto Luchas.

Auto Luchas was held at the Autodromo Hermano Rodriquez, which is a large racetrack located in Mexico City.  The matches took place on an elevated stage and fans attended like it was a drive in theater, watching from their vehicles.  AAA closed out their year on December 12th with TripleMania XXVIII with no fans.  It was a solid show!

I always have a hard time picking my favorite matches of the year because what makes a great match is so subjective and with cinematic matches this year it adds a new twist to it.  However here are some of the matches I really enjoyed this year, and I'm sure I've forgotten about many others that I dug:

Wrestle Kingdom 14: Okada vs. Naito and Okada vs. Ibushi 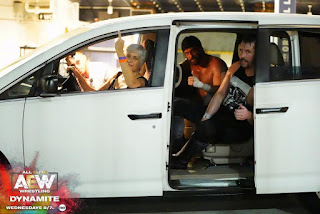 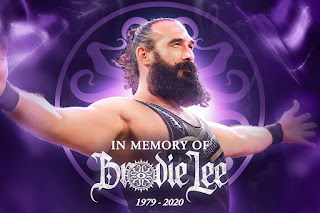 Again these are only a fraction of the great matches that I saw this year, these are the ones that stand out to me as I sit here and type this.
Thanks for reading, please leave a comment, read my other posts, and like my blogs Facebook page, check out my weekly podcast The Wrestling Insomniac on the Nerdy Legion Podcast Network and while your at it pick up my book over at Amazon in Kindle or Paperback.

Savio Vega (sub. for Razor Ramon) defeated Intercontinental Champion: Goldust via count-out when he walked to the back

Ahmed Johnson defeated Tatanka
World Champion: Bret “The Hitman” Hart defeated the Undertaker via count-out when Goldust interfered piledriving Taker on the floor; Diesel was also scheduled to be part of the match, making it a 3-way, but was unable to wrestle due to injury