All of these cards are part of the Limitless Wrestling Trading cards set released in 2018. The cards were made by Todd Graham of Proving Ground Brand where you to can get your own custom trading cards made.  Following the link above of catch him on Facebook. 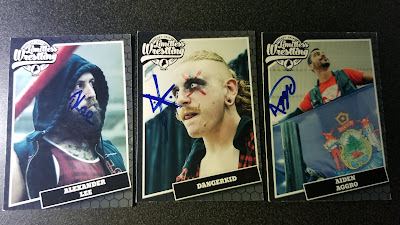 Maine State Posse
Alexander Lee, Danger Kid, & Aiden Aggro are three man team that make up the Maine State Posse, these are their individual cards, I think there is a single card in this set of the three of them. 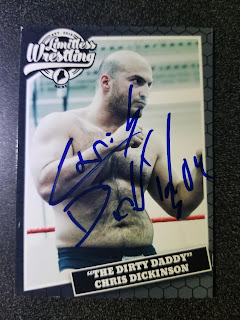 Chris Dickinson
This is the second card of his that I have signed.  The other is part of the UK Resurrection set. 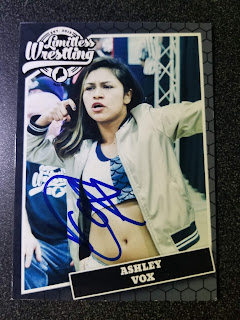 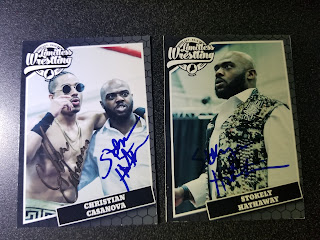 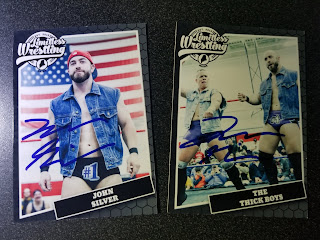 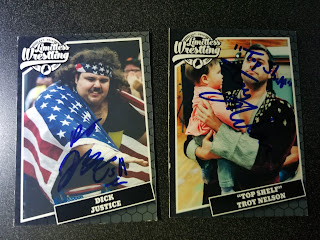 Later Readers!
Posted by Michael J. Labbe at 9:50 AM