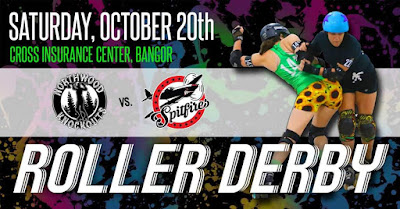 On October 20, 2018 the Northwood Knockouts of the Central Maine Roller Derby hosted a bout against the Spitfires of the Capital City Rollers at the Cross Insurance Center in Bangor.

Katie, Wesley, and I stopped at Chick-Fil-A for dinner before heading to the venue.  Honestly I'm surprised they have their bouts here because it has to be expensive to rent.  They use the main floor, the Center has staff working, I saw at least seven employees, and even though they had about 200 fans in attendance because the venue is so large it doesn't look like there is that many people there.

Tickets were $10 in advance and $12 day of the show, Wesley was free.  They started promptly at 6:00 pm as advertised with the team introductions and then they started right into the bout.  This was our second time attending Roller Derby, the first time was in August you can read about it here, first time for Central Maine Roller Derby.

The rules were the same this time as last, however straight way this bout had much more aggressive play and faster paced action.  These girls played rough and were knocking each other down, throwing big blocks and really going at it.  There was also less penalties in this bout.

It started off even but just before the end of the first half the Knockouts took decent lead and didn't let up in the second half.  In the end they won by 100 points with the final score being , I believe, 236 - 136.


Comparing the two I would say I really like the intimacy of the Lewiston Armory better, but the sounds system here was amazing and clear.  I enjoyed the game play at both but was really into the aggressiveness of tonight's action!


We both had a great time and will definitely be back for another bout.  I didn't bring my bring my camera so these pictures were taken with my phone. 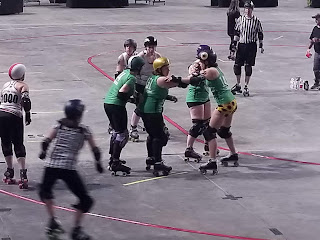 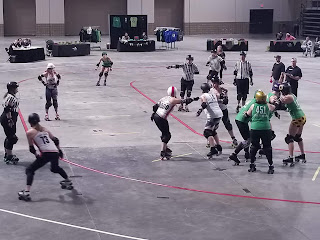 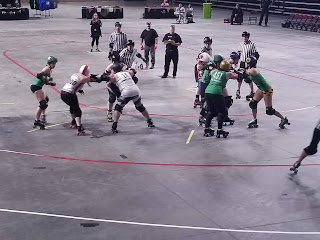 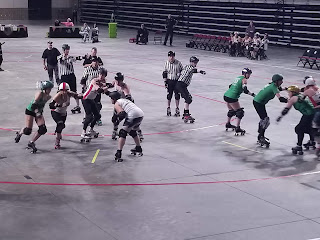 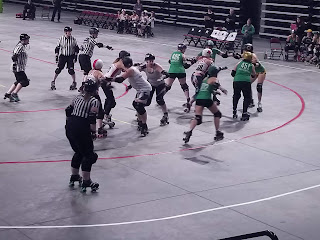 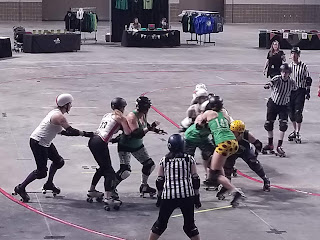 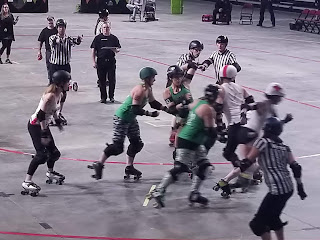 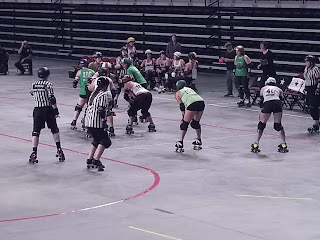 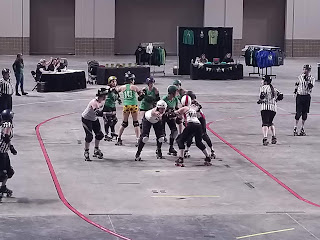 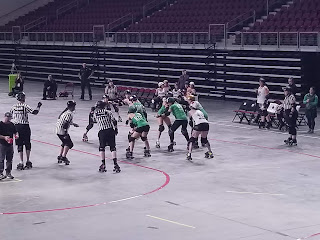 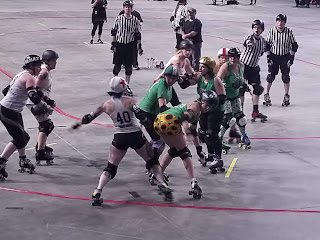 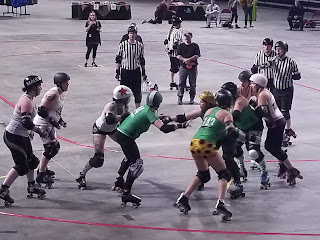 Later Readers!
Posted by Michael J. Labbe at 6:44 AM