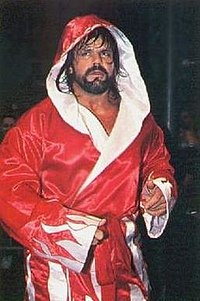 When I was a kid I was big fan of "Dr. Death" Steve Williams.  Admittedly it was initially probably his moniker that made me pay attention to him.  Ultimately it was his in ring work that made me a fan.

I first saw him in Jim Crockett Promotions as a member of the Varsity Club and he was such a monster I just couldn't get enough.  When he returned in 1992 with Terry Gordy as the Miracle Violence Connection dominating the tag team division eventually becoming the NWA/WCW Unified Tag Team Champions.  Their 30 minute time limit draw with the Steiner Brothers at Beach Blast 1992 was tremendous! 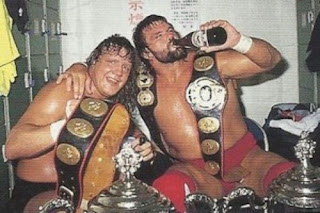 Today wrestling from around the world is a lot more accessible than in the 1980's & 90's, so when Williams had that tremendous run in All Japan I was relegated to reading about it in the magazines and through the occasional tape I was able to get my hands on.

When it was announced that he had signed with the WWE I couldn't have been more excited.  He had a dark match in April of 1998 but his in ring debuted didn't until July and it wasn't in a wrestling match but in infamous Brawl for All where in the second round he was knock out by Bart Gunn and in the progress tore his hamstring and other injuries that kept him out of action for months.

He returned in January 1999 defeated Bob Holly in a dark match.  We next saw him on television dressed in kabuki outfit with a mask.  It was Raw that aired February 22, 1999, taped on the 16th, when during a hardcore match between Bart Gunn and Bob Holly when Kabuki ran out throwing Gunn off the stage through a table.

Jim Ross suffered a Bells Palsy attack that took him off air.  When he returned he was a disgruntled heel that was bitter about losing his spot and he began acting as a manger for Doctor Death upon his return from injury.

On the March 14th episode of Sunday Night Heat Tiger Ali Singh brought a fan into the ring to do an imitation of Ross.  Ross and Williams came down the ring and Williams and suplex the fan on the back of his head.

Ironically the fan was WWE writer Ed Ferrara who would go onto the WCW later in 1999 and play a character named Oklahoma that spoofed Jim Ross and acted the manger of Williams during his abysmal WCW run in 1999.

Williams would wrestle in only three matches in March of 1999 before being released in mid April.  In his year in the WWE Williams wrestled five matches and competed in two Brawl for All bouts.  He was involved in a couple minor feuds with Tiger Ali Singh, Bob Holly and Al Snow but he made no impact at all in the WWE.

As a fan I was disappointed and I have to imagine that Dr. Death was as well.  He would return to the WWE in late May 2003 wrestling two house shows against Lance Storm in Louisiana. 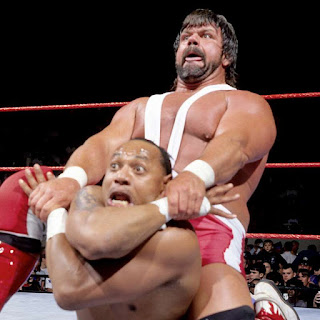 July 27, 1998 RAW Anaheim, California
Brawl 4 All: Bart Gunn knocked out Williams in the third round 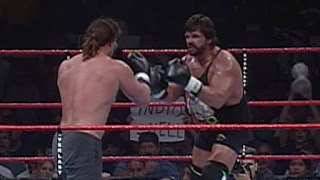 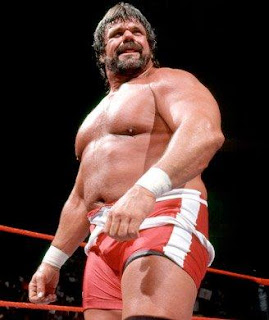