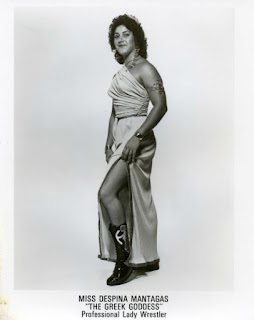 I was watching AWA WrestleRock 86 which featured a 10 women battle royal.  I was familiar with all the competitors in the match except one, "The Greek Goddess" Despina Mantagas.

My first impression was she was pretty and I like her wrestling gear, but I was really impressed with her skill and strength in the ring.  Researching her on the internet I couldn't find very much but this is what I discovered.

She was trained by the Fabulous Moolah debuting in 1984 wrestling in Continental before going to the AWA.  She also wrestled in Japan, the WWE, Florida, Mid-Atlantic, Mexico, Frontier Martial-Arts Wrestling and the LPWA.

At one point she was married to Tarzan Goto.  I've noticed in her matches sometimes she wrestled barefoot and other times with boots on.

I have no idea if she ever held a championship, but she did compete in the first ever mixed-tag team match in FMW, 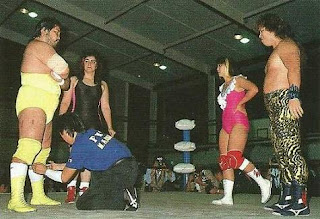 On October 26, 1990 at the Gifu Minou City Gym she and her husband Tarzan Goto defeated Megumi Kudo and Ricky Fuji. 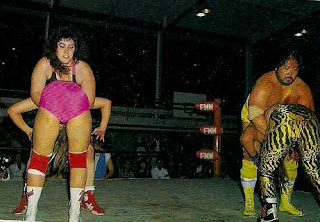 You can find several matches of hers on You Tube, here are a few:

Strap Match: Despina Mantagas vs. Delta Dawn
12/10/1989 FMW Korakuen Hall Tokyo, Japan
This three minute clip is joined in progress and is typical of the hard hitting style that was ladies wrestling in Japan.


Tag Team Champions: Misty Blue Simmes & Heidi Lee Morgan vs. Despina Mantagas & Rustee Thomas
LPWA Super Ladies
Ken Resnick calling the action.  Team America were the popular babyfaces in the match, and this match was essentially used to highlight them and put them over.  No disrespect to those in the match but Despina was clearly the most talented worker in the ring.  Morgan got the pin on Fox after and elbow drop.

I meet Rustee Fox November 13, 1998 in Livermore Falls, Maine at and EWA show, she was super nice and wrestled Malia Hosaka that night.

There are a lot more of her matches on You Tube you just need to do a search of her name and you'll see them for yourself.  From what I've seen of the matches that I watched she was one of the best during that time.  Why I had never heard of her I don't know, perhaps it was because she retired earlier than others.  I just glad that I have now had the opportunity to enjoy her work in the ring. 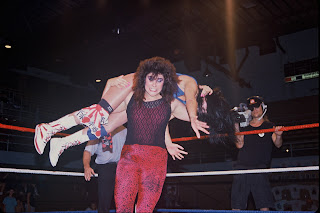 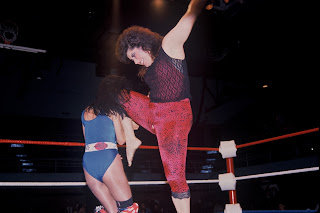 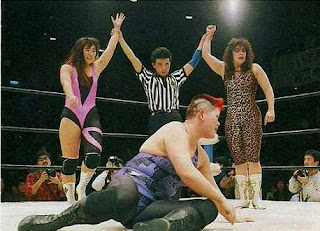