Christian is not the Marty Jannetty of the team 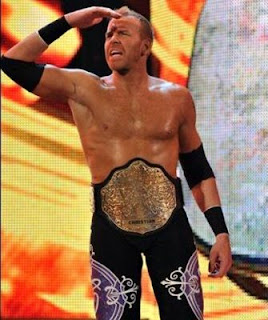 In the history of professional wrestling whenever a dominate tag team breaks up it's typically because one partner has outgrown the tag team and is on his way to singles glory.  Ever since the the Rockers broke up on the only episode of The Barber Shop that anyone remembers, and Shawn Michaels went onto superstardom and Marty Jannetty fizzled, teams are always compared to them. 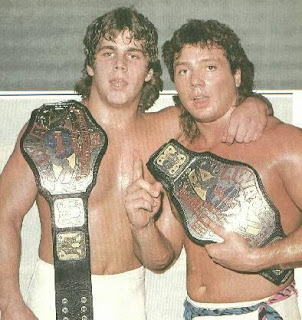 For instance The Steiner Brothers, Scott (the Michaels) would go on to become World Heavyweight Champion while Rick (the Jannetty) would win the television championship and flounder on the lower mid-card.

Another example would be Harlem Heat, Booker T (Michaels) would become a six time world champion between WCW & WWE and win multiple other championships.  Stevie Ray (Jannetty) well he still wrestled after Harlem Heat broke up.

Many have compared Edge & Christian to Michael & Jannetty with Edge taking the Michaels roll in the team.  Edge had an amazing wrestling career and was forced to retire from the ring due to spinal stenosis in 2011.  He got an amazing and emotional send off, his story has been told repeatedly in his book and in DVD documentary home video release and he was inducted into the 2012 Hall of Fame.  In 2020 he made a surprise return at the Royal Rumble, and received an amazing reception from the crowd and a moment that will be played over and over again.  The internet also exploded and he was trending on all social media. 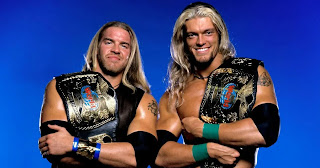 Some would say that, that would make Christian the Jannetty but I'm here to tell you that Christian is no Marty Jannetty.  Christian started wrestling after Edge and he came into the WWE after Edge did, but as a team the revolutionized tag team wrestling together. 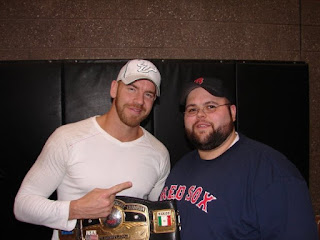 Christian also did something that Edge never did, in 2005 he left the WWE and signed with TNA Wrestling where he twice won the NWA Worlds Heavyweight Championship.  In 2008 he wrestled for New Japan Pro Wrestling in the Tokyo Dome at Wrestle Kingdom II.

Christian also retired from injuries he sustained in 2014, however his retirement was quiet and there was no send off or grand emotional moment.  Christian has easily had a Hall of Fame career and yet he has not been inducted, nor has he had a WWE home video release, however he does have a TNA Home Video release. 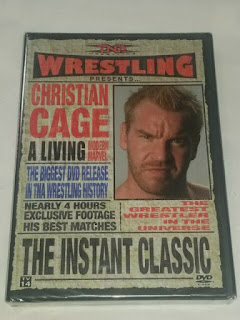 In 2021 Christian made his return to the ring at the fan-less Royal Rumble, I was ecstatic, however the internet didn't explode and he wasn't trending on social media, which is a crime.  Christian is a wrestler that doesn't get the respect he deserves from the fans, the wrestlers know how good he is, what he's contributed, and that he deserves all the accolades he has coming to him.

I'm very excited for Captain Charisma to get this final run and I hope he finally gets the recognition that he deserves including a WWE Championship title run. 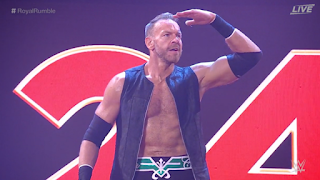