Chuck Wepner (The Inspiration for Rocky) vs Andre the Giant

In 1975, boxer Chuck Wepner shocked the world by going almost a full fifteen rounds with Muhammad Ali. Wepner, was a Marine turned bouncer turned boxer, who fought some of the greats in the 60’s and 70’s including George Foreman and Sonny Liston. But his most memorable fight was the one against Ali, which inspired Sylvester Stallone to write Rocky.


Chuck Wepner was a huge underdog going into the fight with Muhammad Ali. Ali was paid $1.5 million dollars while Wepner signed for just $100,000 which was the biggest payday he’d ever made by a huge margin, so he took the fight. 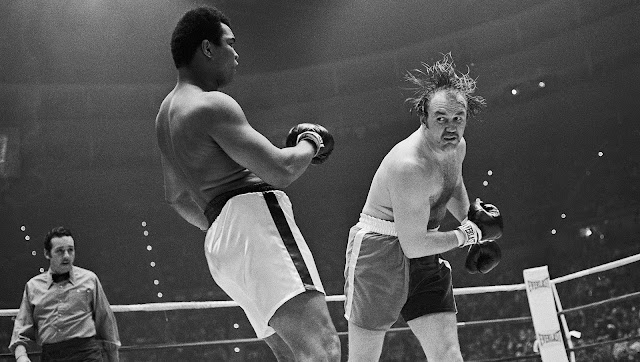 After eight weeks of training Wepner stood in the ring against The Greatest and even managed to score a knockdown (Ali contended that he tripped on Wepner’s foot) in the ninth round. Chuck Wepner took a horrific beating, but managed to stay on his own two feet until he was knocked down with nineteen seconds to go in the 15th round and the referee called it a TKO after seven seconds.


The following year, Wepner found himself in another ring against another one of the greats, this time Andre the Giant. On June 25th, 1976, Chuck Wepner took on Andre at Shea Stadium. The fight was a the headliner of the WWWF’s Showdown at Shea and was held in conjunction with the Muhammad Ali vs. Antonio Inoki bout in Boduokan Hall in Tokyo, Japan. Both matches were marketed under the banner, “War of the Worlds” and were show on closed circuit television. Following the Wepner fight, the fans at Shea Stadium were able to watch the Ali/Inoki bout on a three-sided video screen that was placed on the field. 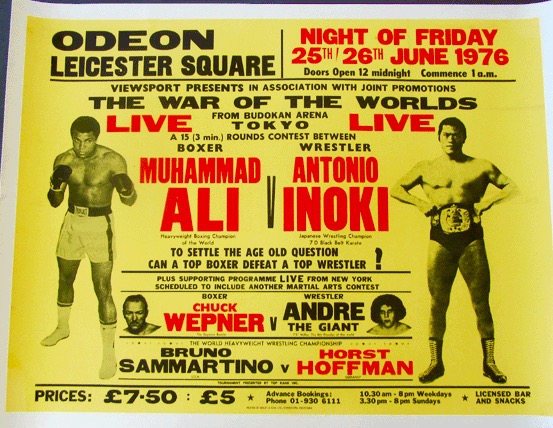 The fight was scheduled for three ten minute rounds, but lasted just one minute and seventeen seconds. There was some controversy on whether or not it was a work or a shoot, and honestly may have been a combination of both. The fight actually takes on the same flow of the Thunder Lips/Rocky fight from Rocky III, but Wepner makes it back into the ring and is ultimately counted out. 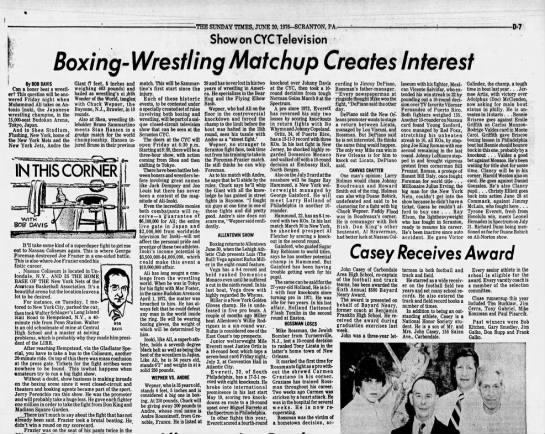 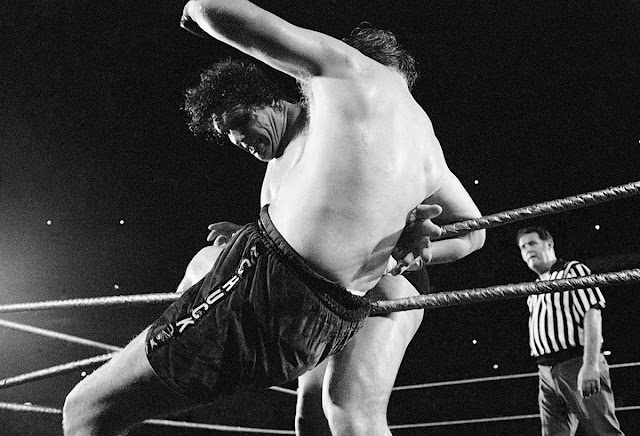 This is one of those quirky, weird, and mostly forgotten moments in pro wrestling history. It’s definitely overshadowed by the Ali/Inoki match by a large margin, but for history’s sake it’s worth taking a few minutes to watch the inspiration for Rocky taking on The Eighth Wonder of the World.