This past Thanksgiving, I made a trip to Memphis, Tennessee to visit some family and friends. It was my first time back in Memphis in fourteen years and I had one place at the top of my “to see” list. No, it wasn’t Graceland, but Jerry Lawler’s Memphis BBQ Company. Having opened in January 2017, Jerry Lawler’s BBQ has managed to stay afloat in a city where barbecue restaurants can be found on every corner. A friend of mine sent me a bottle of sauce that the restaurant uses and I really enjoyed it, so I was excited to try out their food for myself. 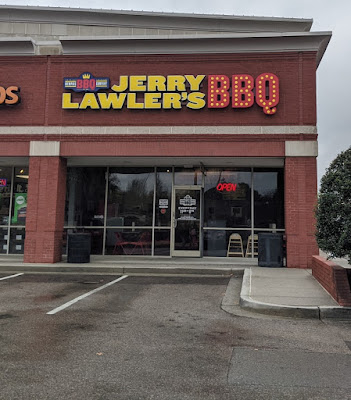 The restaurant in located in Cordova, TN and is attached at the end of a strip mall. It’s a small building that is decorated with newspaper clippings, posters, and photos from Lawler’s career. 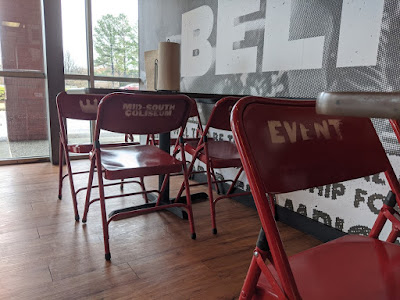 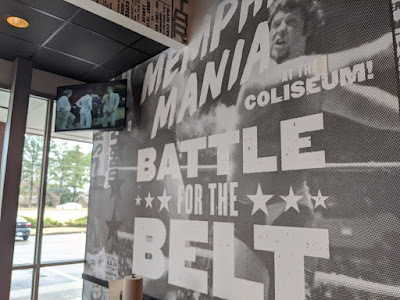 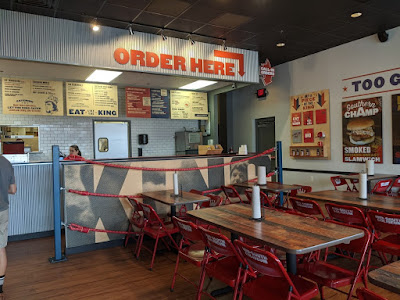 The folding chairs have Mid-South Coliseum painted across the back, in one corner plays a TV of Jerry Lawler’s greatest moments, and the entire menu is wrestling themed with sandwiches called slammwiches for example. It truly is a wrestling themed experience and I love that I got to experience it. 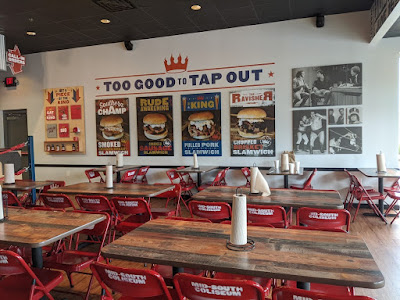 As for the service and food… well, that could have gone better. I don’t eat beef or pork, so I settled with the diced chicken breast and my fiancée went with the grilled chicken sandwich. Neither of us were very happy with our selections. The food was bland, not very hot, and mine was extremely tough. It was arguably the worse piece of chicken I’ve eaten in my entire life. 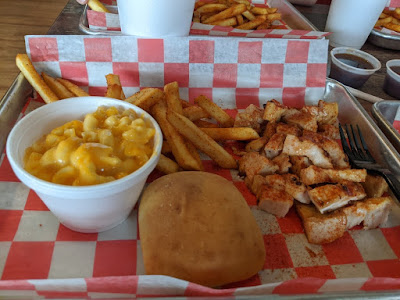 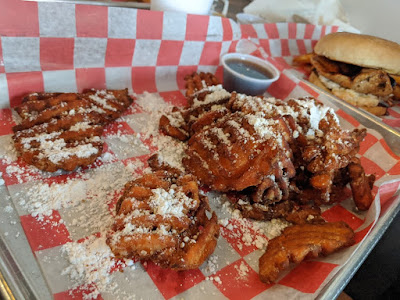 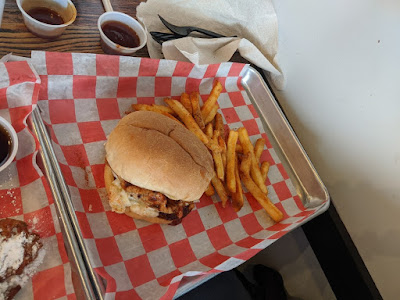 The french fries were great, the mac n cheese tasty, and I particularly liked an appetizer we got which consisted of sweet potato waffle fries, coated in powder sugar, and dipped in maple syrup. It was like having some weird fair food, and I enjoyed every bite of it. Unfortunately, I was the only one.

As for the sauces, I enjoyed the original sauce the most (I’m typically a sweet fan, but the original is sweet enough) and I purchased a bottle of the original rub and took home a sampler of the pecan rub. 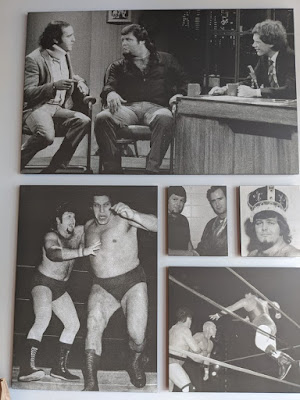 I was a little bummed that no wrestling memorabilia was to be found at Jerry Lawler’s BBQ. I was hoping for a chair from the Mid-South Coliseum, a shirt, or an old program encased in a glass. Instead, it feels like a generic BBQ spot that just has a Jerry Lawler branding over the top of it, with very little effort actually going into making the restaurant unique. Don’t get me wrong, a wrestling themed restaurant is rare, but there was room to make this so much more and no one has taken steps to do so. 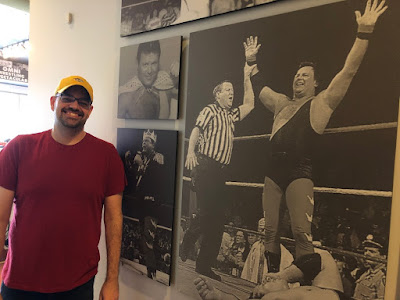 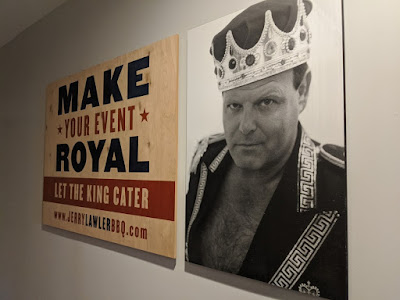 I don’t see myself revisiting Jerry Lawler’s Memphis BBQ Company in the future, because there are dozens upon dozens of better BBQ spots in Memphis, but I’m glad to say I’ve been there and done that. From here on out, I’ll just put some of the sauce on the properly cooked chicken I have at home.
Posted by Brandon at 10:25 PM