While living in Memphis, I was only able to attend two Memphis Wrestling events. My dad enjoyed watching the WWF, but he never cared for WCW or any other promotion. I knew convincing him to take me to a Memphis Championship Wrestling show was going to be a challenge. One Saturday morning, I was watching MCW when they advertised a show at the Mall of Memphis called the War on Ice. The gimmick for the show was they were putting the ring in the center of the ice skating rink found within the mall. I figured I could convince my dad to take my stepmom shopping and I could enjoy some wrestling while they were walking around. Surprisingly it worked!

Prior to the show, an autograph table was set up with some of the stars of MCW at the time. MCW was the developmental territory for the WWE, so whenever the WWE ran out of ideas for a character or felt they needed some further development they sent them to Memphis. This particular signing had Curtis Hughes, The Mean Street Posse, Reckless Youth, Steven Regal, and Jerry Lawler all in attendance. 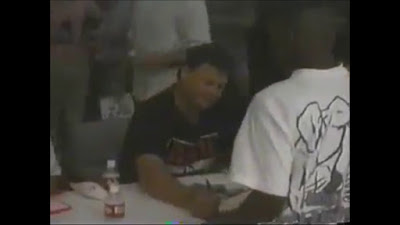 Everyone was nice (for the most part), but I most fondly remember the Mean Street Posse being very cool. I never cared for their characters in the WWE, but in MCW they were given time to show their wrestling ability and were able to grow out of that “Shane’s Friends” gimmick. I wouldn’t go as far to say I was a fan, but I didn’t hate the guys. When I approach them to get their autographs, they were very nice and engaging. They talked to me for a few minutes and were cracking jokes. I just wasn’t expecting that out boys from Greenwich. 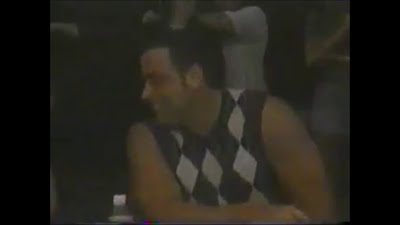 Curtis Hughes and I had some communication issues with the spelling of my name. It took entirely too long to sort out and he became quite frustrated with me. I didn’t let that bother me much. Although, now that I think about it that might have been why the Mean Street Posse were so nice to me. That just makes those guys even cooler in my book. 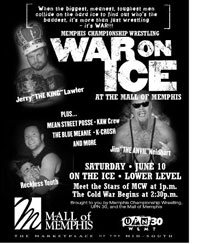 The show took place on June 10th, 2000. The only mention of I can find online has a small scan of the advertisement for the show. In attendance were: The Mean Street Posse, Jerry Lawler, Reckless Youth, Jim Neidhart, The Blue Meanie, and K-Crush (now known as R-Truth). 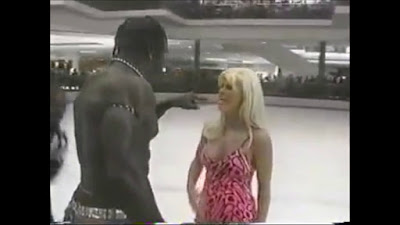 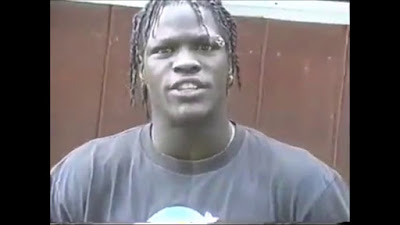 I managed to purchase a copy of MCW's Best of 2000 show a few months ago and on it were a few clips from from the War on Ice. I've uploaded them to YouTube and you can see it for yourself below. Sadly, this is the only footage I've been able to get my hands on and they screwed up by fast forwarding through the beginning of the highlights in the clip I obtained.


Jerry Lawler with The Kat faced off against K-Krush for the Southern Heavyweight Title in the Main Event. Sadly, I haven’t been able to find a page with the results or card from the show. I do remember on more than one occasion the heels in the match slipping and sliding on the ice while the baby faces stood on the apron and laughed. 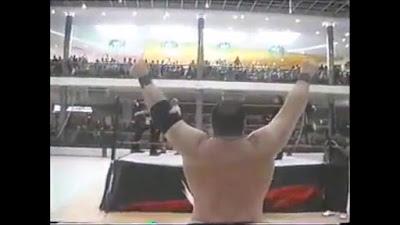 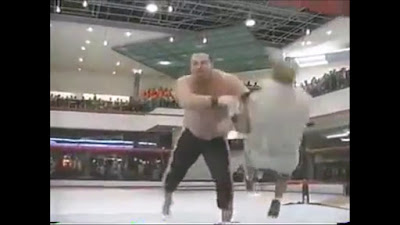 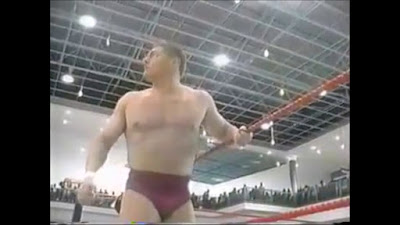 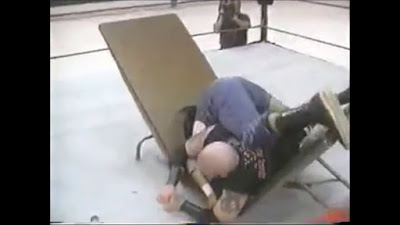 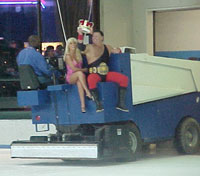 The King made his entrance on a zamboni, as only a king should. I actually saw him in attendance at a couple of Mississippi Riverkings games riding a zamboni a few years later.

On the June 17, 2000 edition of Memphis Championship Wrestling some highlights from the War on Ice were shown, (and then repeated on the Best of 2000 show) but as far as I know the event was never released in its entirety. Those early months of MCW were fantastic, and I’m really thankful I got to experience some of it live. The Mall of Memphis was closed in 2003 and torn down in 2004. The Ice Chalet inside was the only ice rink in Memphis and with the mall’s closure so went the only ice rink. There is a fantastic site dedicated to the Mall of Memphis called Mall of Memphis: Remembering the Marketplace of the Midsouth. If you love dead malls like I do, be sure to check out their site.

I also ran across the actual website for the Ice Chalet that is still up on Angelfire!
Posted by Brandon at 1:27 AM