Wrestling for My Life (Book Review)

Wrestling for My Life: The Legend, the Reality, and the Faith of a WWE Superstar is Shawn Michael’s second foray into writing an autobiography. His first book Heartbreak and Triumph: The Shawn Michaels Story was released in 2005 and focused on his career the way most WWE books do. I’m not knocking the WWE books, but like their own documentaries, they always feel overly polished and often feature revised history that paints the WWE as the heroic victor. I plan on re-reading this book in the future, but I remember not being overly impressed with it. So, reading another Shawn Michaels book wasn’t exactly high on my list of things to do in life. 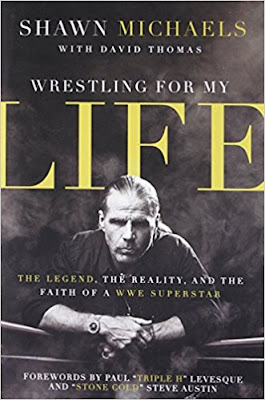 While attending Wrestlecade V a couple years back, my buddy Jimmy recommended Wrestling for My Life to me. He’s a much bigger Shawn Michaels fan than I am, but the man has taste and has never steered me wrong before. It just so happened a couple weeks after the convention, Amazon had a one day sale where HBK's latest book was just $1.99 and I couldn’t pass that up. I mean, it’s a wrestling book for just two dollars! You never turn down a wrestling book for two bucks.

After I finished Bill Apter’s book  I decided to launch straight into Wrestling For My Life. The first thing I noticed is that this is not a traditional wrestling book. In fact, HBK pretty much says straight off the bat that he didn’t want to rehash what was written back in 2005, and that this book was much more personal. So instead of recapping his career in the 80's and 90's, Shawn spends time discussing his salvation into Christianity and how that played a role in his return to wrestling in 2002 until his retirement in 2010. He discusses his home life and how his priorities have changed over the years, and in a way, attempts to makes amends with his past and the loathsome Shawn Michaels of the 1990’s.

It’s important to know that his book is written about his walk with God and how that influences everything from the inside out. Wrestling is secondary in this book, which I thought would bum me out but it really didn’t. We all like rooting for the underdog, and as weird as that is, Shawn Michaels was the underdog. He was a man who had many demons that he could not shake. One day that all changes after his son noticed how he was acting and that led him to church. You can’t help but admire the man for making the changes he’s made and putting his family and God first. His faith humbled a man who seemed to have no humility prior to finding God. That makes for a compelling read, even if its not about wrestling. 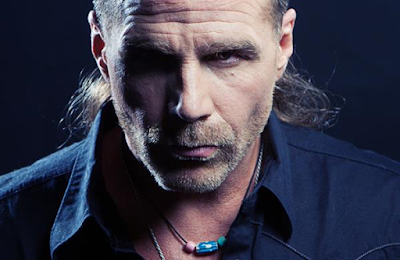 Shawn Michaels does give some insight on what led to his WWE return and how he was able to bring his new found faith into his on-screen persona and it just goes to show how much respect Vince McMahon has for him. I don't think many superstars could get away with bringing such a divisive topic on screen.

I enjoyed this book more than I expected to. It’s well written, thoughtful, and full of inspiration. However, it’s hard to call this a wrestling book and if you aren’t of the Christian faith you probably find the book rather preachy. I will say Shawn Michaels avoids being one of those over-the-top Christians, but the book is full of religious quotes, phrases, and imagery. Again, I didn’t mind that and I enjoyed the book for what it was.

Recommended
Posted by Brandon at 9:43 AM