Luca Brasi Was a Wrestler

In 1972, Francis Ford Coppola directed The Godfather, based on the novel by Mario Puzo. The film quickly became the highest grossing film of all-time (for a while) and was nominated for ten Oscars for which it won three. It was an instant classic and is beloved and appreciated all these years later. But until earlier this week, I had no idea there was a wrestling connection to The Godfather. 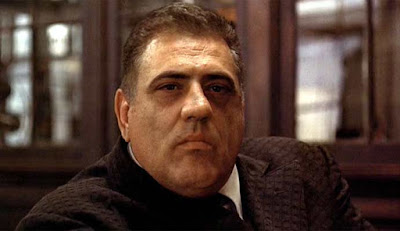 At the beginning of the film we are introduced to Luca Brasi, a feared hitman who is nervously rehearsing his lines before approaching Don Corleone with a bridal purse for his daughter. It is a memorable scene and Luca Brasi is remember in pop culture in part because of the line, “Luca Brasi sleeps with the fishes.”

Earlier this week, I was reading up on the actor who portrayed Luca Brasi, Lenny Montana. It turns out Mr. Montana wasn’t really an actor. He was a real enforcer for the Colombo crime family who was sent to the set of The Godfather after producer Al Ruddy made a deal with Joe Columbo to cut the word Mafia from the script. Lou Martini Sr, who was cast to play Luca Brasi died of a stroke, after falling ill his first day on the set. Shortly there after, Francis Ford Coppola and Al Ruddy were introduced to the 6’6”, 320 pound Lenny Montana they quickly cast him in the role of the fictional enforcer. 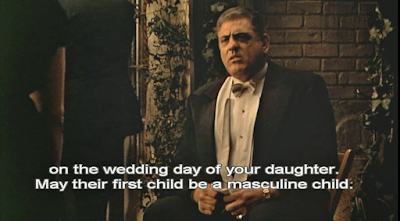 Apparently Mr. Montana was extremely nervous about working across from Marlon Brando, and he kept nervously repeating his lines over and over again. Francis Ford Coppola decided to write this real life nervous behavior into the script, and instantly this classic character was born. 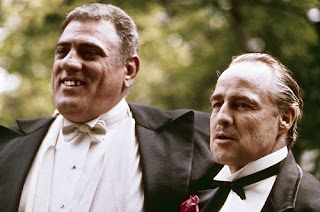 Lenny Montana joined the Colombo crime family in the late 1960’s as both an arsonist and enforcer. Associate producer Gar Frederickson was quoted in Vanity Fair that Lenny Montana told him that, “He’d tie tampons on the tail of a mouse, dip it in kerosene, light it, and let the mouse run through a building. Or he’d put a candle in front of a cuckoo clock, and when the cuckoo would pop out, the candle would fall over and start a fire.” This guy was a serious gangster. 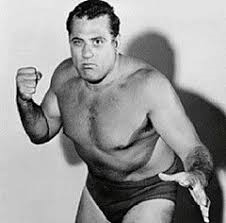 Born in Brooklyn in 1926, Lenny Montana began wrestling in New Jersey in 1953 as the Zebra Kid. He found success quickly, and won the New Jersey Tag Team titles with Golden Terror after defeating Guy Brunetti and Joe Tangaro on April 4th, 1953. 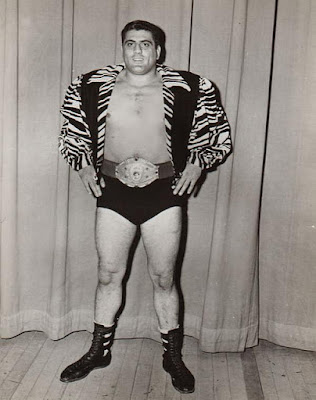 In 1956, Montana was wrestling under the name Len Crosby, and along with Gene Kiniski he defeated Herb Freeman and Ray Gunkel on September 18th in Dallas, Texas to win the NWA Texas Tag Team Championship. 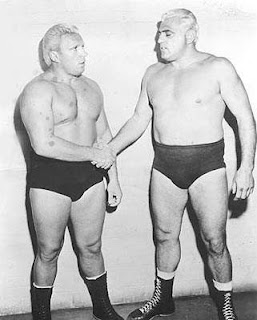 In 1960, while working as a carnival circuit wrestler, Lenny Montana met an unknown Eddie Sharkey, who he became friends with. Montana even smartened Sharkey up on the business. Sharkey has gone to train some wrestlers like Austin Aries, Bob Backlund, Nikita Koloff, Jesse Ventura, Madus, Jerry Lynn, Rick Rude, X-Pac, and The Road Warriors.

In June 1960, Montana (again as Len Crosby) won the NWA Texas Tag Team Titles this time teaming with Joe Christie. A few months later in October, he won the AWA World Tag Team Championship with Hard Boiled Haggerty defeated Stan Kowalski and Tiny Mills. While AWA success seemed to be in the future for Montana, all that came to an abrupt end when he broke his leg in a match with Verne Gagne. 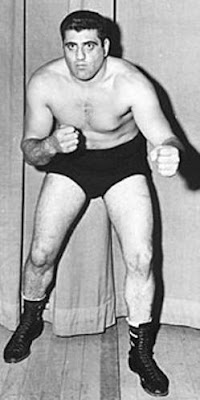 Montana reappeared a year later in Florida, wrestling once again as The Zebra Kid. He engaged in a very successful feud with Eddie Graham which sold out the Fort Homer Hesterly Armory several Tuesday nights in 1961. The feud continued in 1962 when The Zebra Kid defeated Eddie Graham for the NWA Southern Heavyweight Championship (Georgia version) on May 1st. But that wasn’t the only gold Montana would see in 1962, he won the NWA (Georgia) Southern Tag Team titles on November 23rd, tagging with Gypsy Joe and defeating Grizzly Jake Smith and Chief Little Eagle.

Montana’s tag team success continued in 1963 when he won the NWA International Tag Team Titles with Tarzan Tyler defeating Ted Evans and Chief Little Eagle and then winning them again in June 1963, this time defeating Chief Little Eagle and Dick Steinborn. His final time holding gold was in October of 1963, when tagging with Tarzan Tyler, they defeated Karl and Kurt Von Brauner for the NWA World Tag Team Championship. 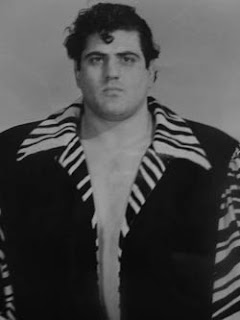 He was scheduled to work as Gorilla Monsoon’s tag team partner in 1964, but Gorilla ended up with The African Savage. However, Montana did have a two out of three falls NWA World Heavyweight Title match against Lou Thesz. which he lost.

Montana had begun trying to break into Hollywood by the late 60's and started wrestling less and less. However, it was reported that he continued to wrestle off and on all the way until his appearance in The Godfather in 1972 although I've been unable to confirm any matches past 1964. In 1984, it seems as if Montana came out of retirement for one final match against his old tag team partner, Gene Kiniski's son, Kelly Kiniski in World Class.

Email ThisBlogThis!Share to TwitterShare to FacebookShare to Pinterest
Labels: Lenny Montana, The Godfather, The Zebra Kid