The Wrestlers: Fighting with My Family Documentary Review

In 2012, Channel 4 aired a documentary called The Wrestlers: Fighting with My Family. The documentary focused on The Knights, a family of wrestlers from England. The Knights consist of the father Rowdy Ricky Knight, the mother Sweet Saraya, son Zak Zodiac, and daughter Britani Knight who you will recognize as Paige from the WWE. It’s an interesting look inside the dynamics of a family whose entire well being revolves around wrestling. The family promotes shows that they wrestle on and are trying to revive the dead British wrestling scene. Of course, in 2018, British wrestling is in the middle of an epic resurgence, so it’s quite mind blowing to see exactly how dead it was just six years ago. 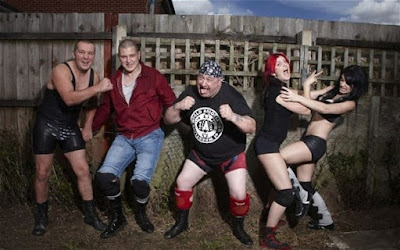 The main storyline of The Wrestlers is centered on an upcoming WWE tryout that both Britani and Zak are attending. Ricky Knight has hoped for many years that one of his children would eventually make it big and escape the poverty they current reside in. It’s not much of a spoiler, but obviously Britani gets offered a contract, while Zak is told to bulk up and try again. Luckily, this comes only halfway through the documentary. 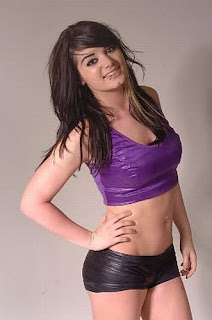 The most interesting part of the documentary was watching the disappointment, frustration, and determination that came out of Zak’s dismissal. You see a guy who is jealous, yet loves his sister enough to try and overcome the odds and join her in the United States. The Knights are a misfit family, but you can tell they all love each other. The dynamic between them is what makes the documentary work. 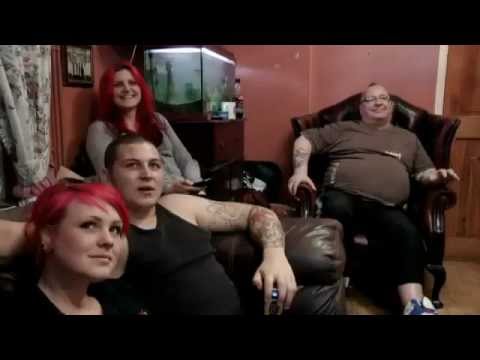 I don’t think you could make this sort of documentary in America, because our wrestling scene has never been as dead as the British scene was just a few short years ago. Maybe you could find a family in a small town who run a promotion and based a movie around them, but I don’t think the same desperation would come across like it did on this film. It makes you respect what Paige has done in the ring while simultaneously questioning some of her personal decisions over the past couple of years. Then again, you learn that out of the family, Paige is the one member who seemed to enjoy and appreciate wrestling the least.

Fighting with My Family is being adapted into a feature length film by the WWE and produced by The Rock. Sadly, this week Paige was forced to retire from the ring due to injuries. It's definitely not the way the bright eyed girl in this documentary wanted to go out, but she did have a great run while it lasted and I'm sure we'll still see Paige around the WWE for some time.

I enjoyed my short time with The Knights and I thought the film did a great job of portraying the family in an authentic way. It’s not the greatest wrestling documentary, but it’s worth a watch if you are a fan of Paige.