In the year 2001, two major wrestling promotions operated out of Memphis, Tennessee: Memphis Championship Wrestling and Power Pro Wrestling. The two companies battled it out and worked together until both companies ultimately folded by the end of the year. This is the story of how these two promotions found themselves squaring off and subsequently working together.

Power Pro Wrestling rose from the ashes of the USWA in 1998 and occupied the Saturday morning timeslot that Memphis wrestling was known for. The show was anchored by Memphis legends like Jerry The King Lawler and Bill “Superstar” Dundee, but also featured some major up-and-comers thanks to a WWF development deal. Before wrestlers like Kurt Angle and Rikishi were main eventing for the WWF, they were working their butts off in front of the WMC TV Channel 5 studio audience live each and every Saturday morning. 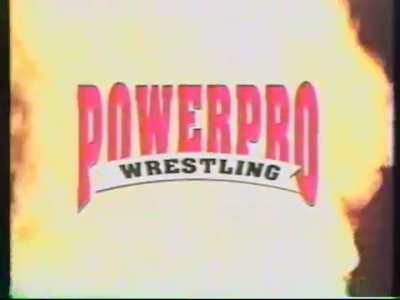 Power Pro had use of studio cameras, a well-lit studio, and a built-in audience that had been enjoying Memphis wrestling every Saturday morning on Channel 5 for many years. And of course, they had The King of Memphis himself, Jerry Lawler and a WWF developmental deal. It was everything an independent promotion could ask for the late 1990’s.

By all accounts, things were going well for Power Pro Wrestling until one Saturday morning in October of 1999 when things got out of hand when Doug Gilbert went off script and decided to shoot on Jerry Lawler. 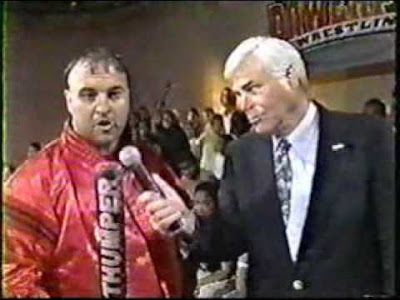 Now before we dive into this infamous live TV debacle, let’s talk about the events that led up to it.

Doug Gilbert is the brother of the late Eddie Gilbert, a wrestler who was involved with one of the most popular Memphis storylines when he ran over Jerry Lawler with his car out of retaliation for being fired. Jerry Lawler hit the car perfectly and this led quite a few Memphians to call the police and report that a crime had taken place.


Things were so hot in Memphis for the Gilbert brothers Jerry Lawler had to come out on TV the follow week just to calm the audience down and ensure everyone watching that he was indeed alright. This angle took place in September 1990.


Fast forward nine years later, and Eddie Gilbert has since passed away, but his brother Doug was still drawing heat from the Gilbert/Lawler feud. This kept him bouncing around the Memphis territory and he was now teaming up with Tommy “Wildfire” Rich. 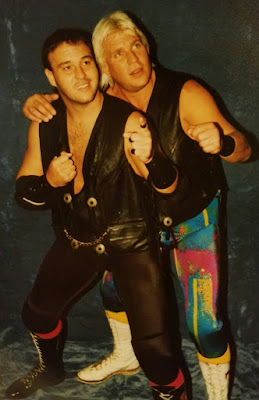 Doug and Tommy are both very capable wrestlers, but in 1999 they were out of place in Attitude Era. Another tag team consisting of Brian Christopher and The Spellbinder (Phantasio in the WWF) decided to spoof Rich/Gilbert several Saturday mornings leading up to Gilbert’s shoot. The two young stars decided to play Rich off as a drunk and made Gilbert out to be a bitter friend of The King’s who felt like Jerry blackballed him from the WWF.

The next week they came out portraying Doug Gilbert’s parents where it was revealed that Doug’s real father was the ice cream man. And finally on the third week they came out in suits to mourn the deaths of both Rich/Gilbert. They made fun of Rich being the shortest reigning NWA champion of all-time and mentioned that Doug Gilbert got his nickname Dangerous after he burnt down the family trailer park.

You can see a compilation of the clips below, but in a nutshell these spoofs were very reminiscent of what DX did with the Nation of Domination and the NWO did on The Four Horsemen. It was mean spirited, but played off by the announcers as a complete distasteful parody and wasn't to be taken serious.


On October 23rd, 1999, right after Christopher and The Spellbinder finished their mock funeral Gilbert and Rich ran them off and both wrestlers cut frustrated promos on the two young guys. Like all big moments in wrestling there is a lot of confusion about how much of this was planned out and how much of it was off script, but from my assessment and understanding Gilbert and Rich were advised to cut a work-shoot promo. It was supposed to sound real and cut through the gimmicks, which was something that was very popular in the big three at the time (ECW, WWF, and WCW).

Things started out okay when Tommy Rich got on the mic and tore into The Spellbinder. They had all the pieces for a very hot feud in Memphis featuring two young and capable young guys and two hard-hitting and grizzled veterans. Then Doug grabbed the mic and that’s when things went out of control.


It’s worth watching for yourself, but in a nutshell Doug Gilbert prefaces the interview by saying that there are things he’s not supposed to talk about, but he’s forgotten what they were, so he’s just going to say what needs to be said. He immediately outs Brian Christopher as Jerry Lawler’s son, and credits Jerry for all of Christopher’s success and title runs. This may not sound like a big deal in 2017, but in 1999 it was still not common knowledge that Brian Christopher was indeed Jerry Lawler’s son. Don’t get wrong, it was one of the worst kept secrets in wrestling, but it was still something that wasn’t talked about openly.

After tearing Christopher apart and crediting his father for all of his success, Gilbert decided to attack Randy Hales, the president of Power Pro, by saying that Hales wasn’t cutting off his mic because he was upstairs smoking crack. 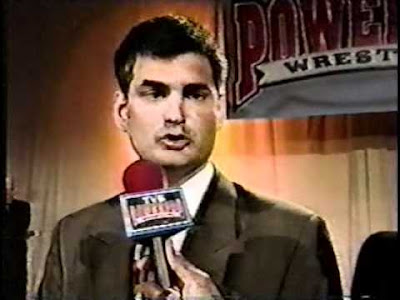 Longtime Memphis announcer Dave Brown did his best to keep things under control, but when you have a three hundred pound man hellbent on saying what he wants to say, it’s hard to do. But the much smaller Dave Brown finally snatched the mic away from Gilbert once he crossed a line that no one expected him to cross; he said Jerry Lawler raped a thirteen year old girl.

(For a little context: In November 1993, Jerry Lawler was accused of raping a thirteen year old girl. I’ve heard a variety of different takes on what actually went down, but I don’t want to spread any false information so I’m not going into that. What I can confirm is in the end the girl recanted her statement and Lawler pleaded down to a lesser charge (harassing a witness) or was simply absolved of all wrong doing.)


What happened next has been debated for years and should be regarded as strictly rumors:

-There are reports that The King was outraged and drove to the station to take the only tape of the show in existence and threatened to sue everyone involved. He only backed off from suing Gilbert once he found out that Gilbert had no money.

-Doug Gilbert’s mother, Peggy, apparently looked into filing charges against Randy Hales and the promotion for suggesting she relations with the ice cream man.

I doubt we will ever know what the fall out truly was since Jerry Lawler has dodged the question recently on his podcast. I can’t blame him, it was a very uncomfortable and damaging event. Needless to say, Doug Gilbert was fired and Jerry Lawler left Power Pro Wrestling.

Tune in for the second part to find out how this led to the formation of Memphis Championship Wrestling and what sunk both companies in the end.
Posted by Brandon at 1:47 AM