This past year, I spent a lot of time in front of a wrestling ring. In fact, I saw more live wrestling action than any year prior! What's even more astonishing is that I didn’t attend a single event from a nationwide touring promotion, but instead I stuck to local wrestling here in North Carolina. It was a great year of wrestling and I’m hoping 2018 is just as rewarding. 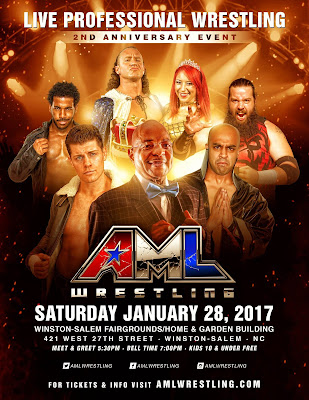 I started off the year attending my first ever AML event (outside of Wrestlecade) in Winston-Salem, North Carolina. I was riding off an amazing Wrestlecade V and was excited to get a chance to meet Cody Rhodes. Going into the event, I’d say I was a medicore Cody supporter, but walking out I was a full-fledged fan. Cody Rhodes was one of the nicest wrestlers I’ve ever met and it was a joy to have a few moments to chat with him.

Match of the Night: Cody Rhodes vs. Sonjay Dutt for the Global Force NexGen Title 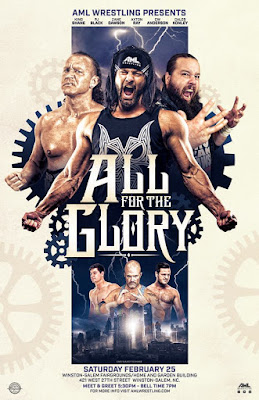 After a wonderful night of AML action in January, I decided to make the two and half hour trip back out to Winston-Salem the following month to what else AML had going on. The big name they brought in for All for the Glory was PJ Black, and he and Caleb Konley put on one heck of a match. My only complaint was they needed a little more time and a room with a higher roof.

Match of the Night: PJ Black vs. Caleb Konley 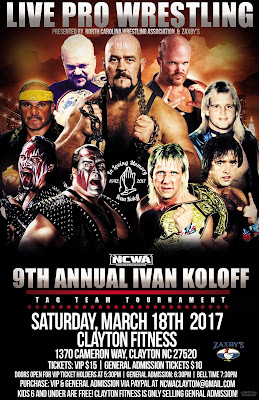 I’ve wanted to attend an NCWA event since I first moved back to North Carolina in 2005. Every year, they put a lot of work into promoting what used to be called the Ivan Koloff Tag Team Tournament, but following his passing earlier this year the event was converted into a Memorial Tournament. This year I finally bought tickets and sat in an extremely cramped three-quarter gym at a fitness center to see legends like Shane Douglas, Demolition, The Rock N Roll Express, and Bobby Fulton. The location may have sucked, but it was great getting to meet some of my favorite tag teams in person and being able to attend a decent wrestling show that wasn’t several hours away.

Match of the Night: Mid-Atlantic Outlaws vs. The Ugly Ducklings 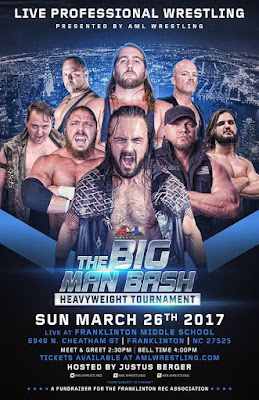 AML made its furthest east appearance in the small town of Franklinton, North Carolina, which happened to be just a little over an hour away. I drove out to the little town and found that most of the town had showed up to see some hard hitting AML action. The gimmick of the show as this was a big man tournament, and big men showed up. Drew Galloway (a week away from returning to the WWE) wrestled and AML brought in Jax Dane and Houston Carson, who both put on some great matches in front of a very lively audience.

Match of the Night: Jax Dane vs. Houston Carson 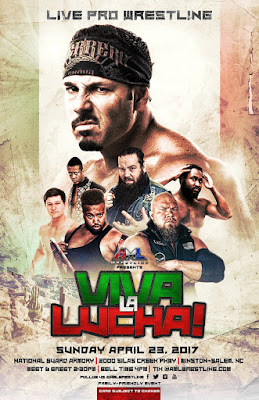 For the first time in almost twenty years, I attended a wrestling event with my father. I took him to his first ever independent show and he was blown away by the action. Chavo Guerrero Jr faced off against Caprice Coleman in a high flying, hard hitting match. But it was the underdog Willie Mack vs. Timmy Lou Retton who tore the house down with an intense match that spilled out into the crowd.

Match of the Night: Willie Mack vs. Timmy Lou Retton 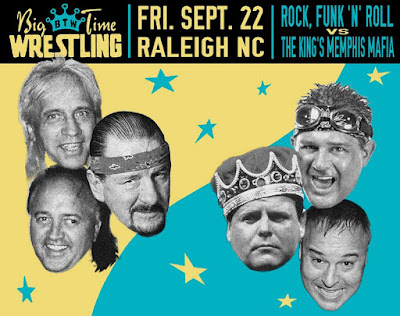 Big Time Wrestling has been coming to Raleigh for the last several years, and every year I make a decision to go, but then something happens. This year, my father bought me tickets, so I had no excuse not to go. Dorton Arena is one of those iconic arenas that was used by Jim Crockett Promotions, and it was almost breath taking walking into the beautiful building and seeing a wrestling ring set up. Obviously, the crowd was much smaller now than it was in the 80’s, but it was still the type of thing that sends a chill down your spine.

Not only was I able to cross attending a wrestling event at Dorton Arena off my wrestling bucket list, but also seeing Terry Funk vs. Jerry Lawler wrestle. Of course, it was nothing like what it was thirty years ago, but it was still amazing to see these two legends in the ring at the same time.

Match of the Night: Flex Armstrong vs. Ted Goodz 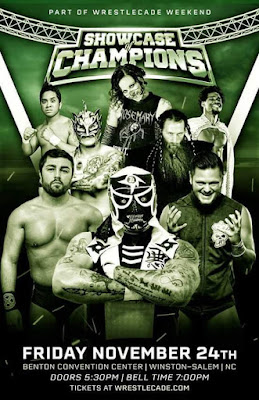 The Showcase of Champions is usually considered the sleeper event of the Wrestlecade weekend and its hard to argue with that sentiment. The event features talent from all over the country showcasing their talent for fans who travel all over the world to come to WrestleCade. Big names like Rosemary, Pentagon Jr., and Fenix were on the card, along with lesser known wrestlers from different promotions as far west as Oregon.

Match of the Night: Chet Sterling vs Rey Fenix vs Andrew Everett vs and Jason Kincaid 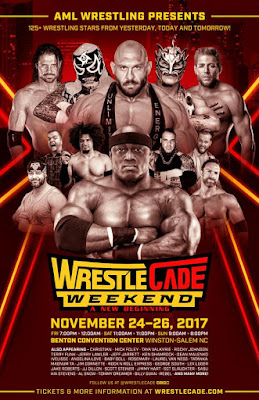 After attending Wrestlecade for the past three years, I finally stuck around to watch the SuperShow. It was quite a treat to see all the amazing talent up-and-down the card. It truly is a wonderful event that features up and coming talent, legends, and some of the top talent in the game right now.

Match of the Night: Taya Valkerie vs. Ivelisse


When I look back at all the events I attended it’s hard to decide on just one event that really sticks out as better than the rest. Each show was unique in its own way and that made attending every one of them a lot of fun. If I was forced to decide on just one event that was the Best Event of the Year I’d have to say the first event of the year, The AML Second Anniversary Show was probably the most fun. 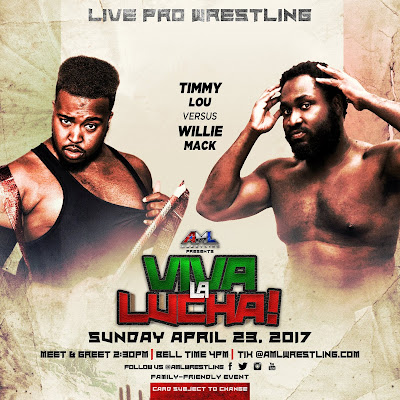 As far as Best Match of the Year goes, there was no competition. Timmy Lou Retton vs Willie Mack from AML’s Viva La Lucha was by far the best match. These two guys put on a show that no one in attendance expected. It was one of those matches that just captured everybody’s attention and reminded you why you love professional wrestling.

As far as Best Wrestler Interactions of the Year it was a three-way tie.

Cody Rhodes was incredibly gracious and really seemed interested having an actual conversation with the fans. 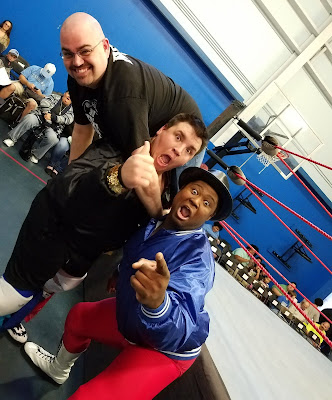 Bacon and Eggs are one of the more entertaining tag teams I saw this year and well… they picked me up totally unexpectedly for a photo op and that was very cool of them. 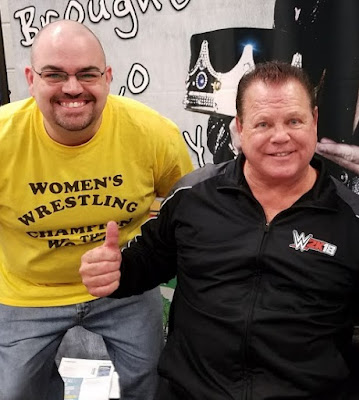 My interaction with Jerry Lawler was very similar to Cody Rhodes. He actually took time to talk to me for several minutes and wasn’t in a hurry to rush onto the next person. Its nice when wrestlers don’t treat you like a quick cash grab.

Email ThisBlogThis!Share to TwitterShare to FacebookShare to Pinterest
Labels: 2017 Year in Review